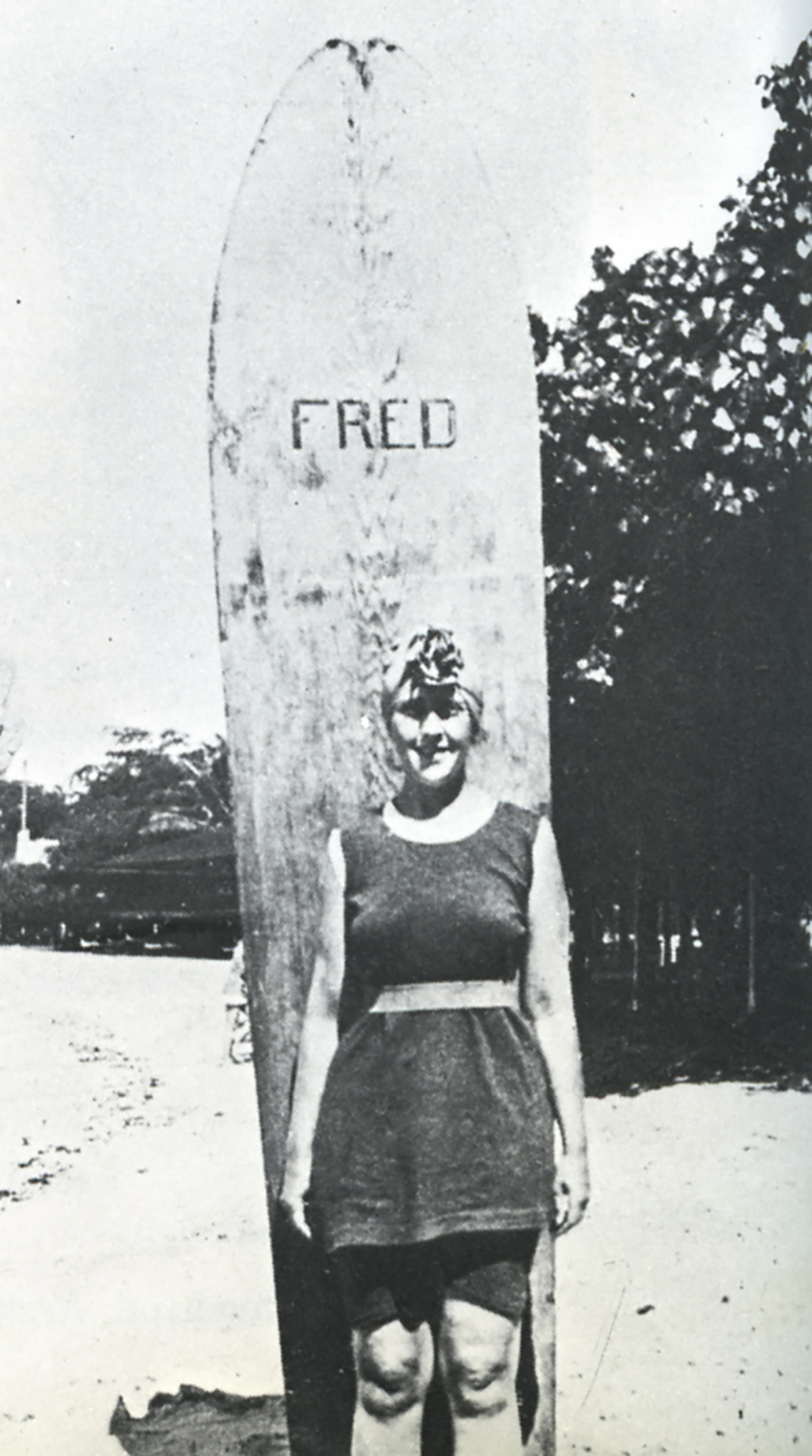 “Oh it was heaven! Nothing like rushing through the water at what seems to you a speed of about two hundred miles an hour. It is one of the most perfect physical pleasures I have known.”

This is how Agatha described her experience as a surf-stoked young woman after gliding to shore standing on her surfboard, 89 years ago.

Born in Devon in 1890, she grew up ‘surf bathing’ on the coast around Torquay, saying that on a rough day she enjoyed the sea even more.

After WWI Agatha & her husband Archie left for a world tour to promote an upcoming British Empire Exhibition; first stop South Africa where they took up bellyboarding.

They continued their travels, arriving in Honolulu in August 1922. Agatha and her husband quickly began riding surfboards standing up at Waikiki, although the larger boards and powerful surf proved a tough test of their new skills – remember these were finless, solid wooden planks around 10 feet long and could have weighed as much as 100lbs.

Agatha described the first few days surfing as painful, mixed with moments of utter joy; “After ten days I began to be daring. Starting my run I would hoist myself carefully to my knees on the board, and then endeavour to stand up. Oh, the moment of complete triumph on the day that I kept my balance and came right into shore standing upright on my board!”

They ended up extending their stay on Oahu for three months so they could carry on surfing and became “experts by European standards”.

On returning to England she would visit a writer’s retreat at Burgh Island, Bigbury, overlooking some classic surf breaks; detective work is now underway by the Museum of British Surfing who uncovered Agatha’s surfing story, to see if the author continued her passion for surfing at home in Devon.