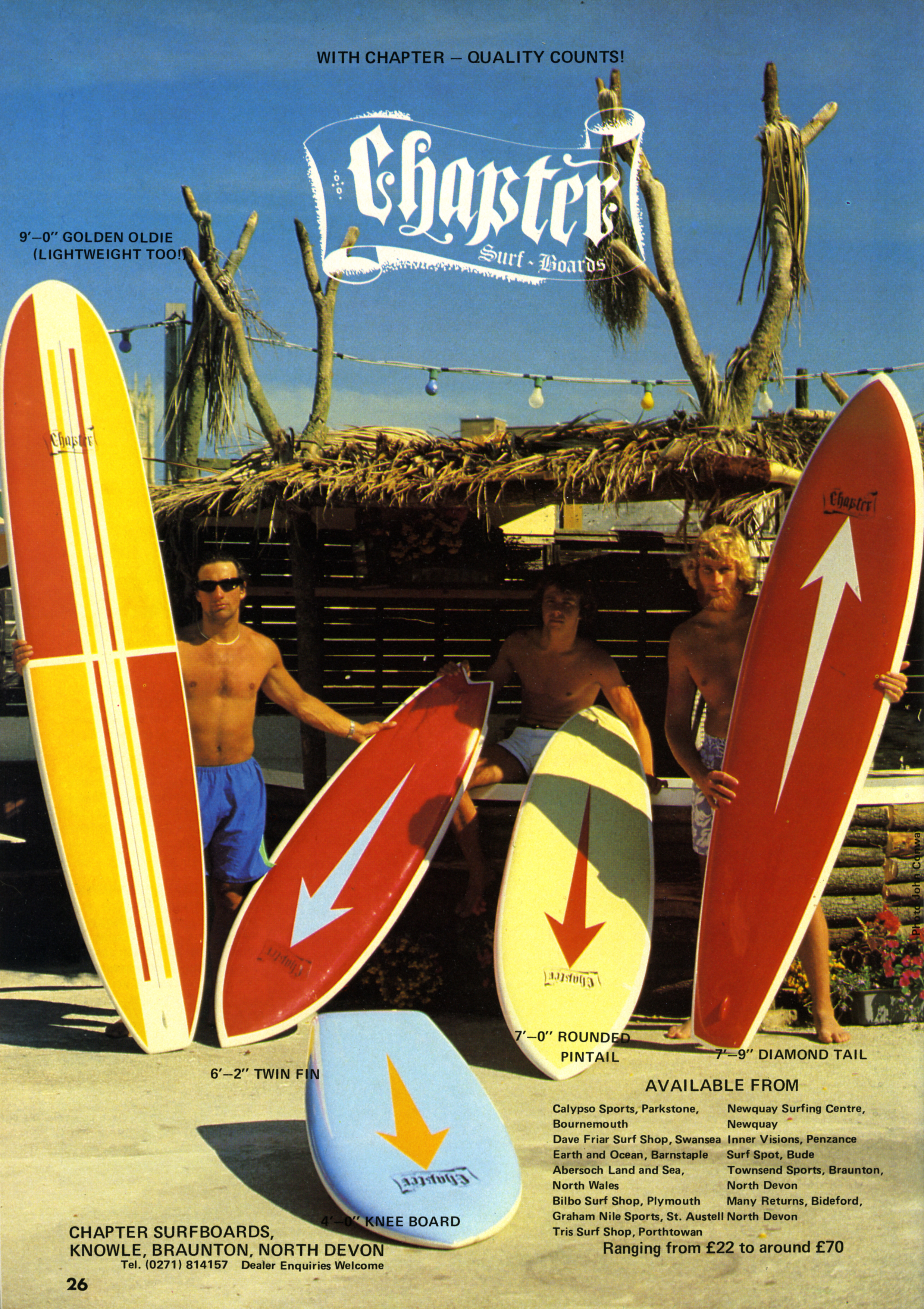 They had started the 20th century with no fins, just dipping their feet in the water to steer, then the single fin ruled for the best part of four decades, and then twin fins came into vogue – and finally in the 1980s three fins on a surfboard became the new Holy Grail.

In truth, shapers had experimented with three fins (Bonzer’ boards) for years, but it was Simon

Anderson’s ‘thruster set up that would set the standard for the next twenty years.

As the 1980s started to kick in with it garish fluro wetsuits and clothing, surfing went ballistic In the UK, glossy full-colour magazines like Wavelength, Surf Scene and Carve were launched, reflecting the growing popularity of surfing here.

Surfing was big and brash!