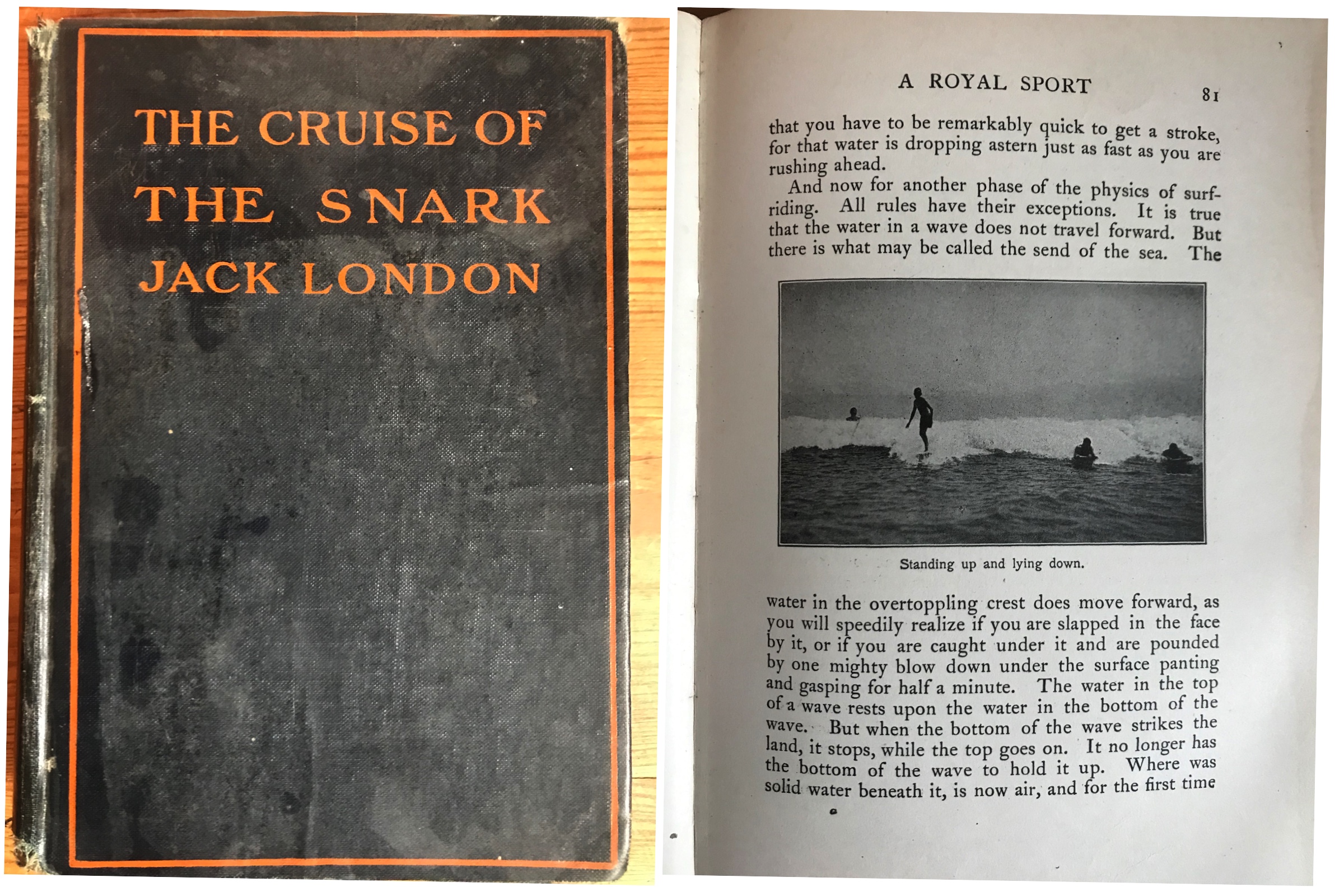 Surfing became known as the ‘Sport of Kings’, because throughout its history in Hawaii it was widely practiced by Royalty. It had huge significance in island life, for the ruling families and everyday folk.

The author Jack London later called it ‘A Royal Sport’ in his essay “Learning Hawaiian Surfing” This is a much more accurate description, because both Kings and Queens surfed. In fact many of the early ‘champion’ surfers were women. Jack London met with George Freeth.

In 1907, famous author Jack London came to Hawai’i with his wife Charmian and were celebrities. There were a few surfers on the beach at Waikiki at that time, a loose clique of Hawaiians and part-Hawaiians who formed a club called the Waikiki Swimming Club. London met that crew and was introduced to the joy of surfing by Alexander Hume Ford, an eccentric journalist. Ford took London surfing, and London met the most celebrated Waikiki beach boy of the time, a 23-year-old Irish/Hawaiian named George Freeth. London was a renowned writer, Ford a habitual organizer and Freeth a great waterman. What they had in common was a love of surfing, and their combined talents breathed life into a dying, beautiful sport – the Sport of Kings. In 1907 London wrote A Royal Sport: Surfing in Waikiki, which included descriptions of Waikiki and Alexander Hume Ford. His story was published in the October, 1907 edition of The Lady’s Home Companion and again in 1911 as part of The Cruise of the Snark.