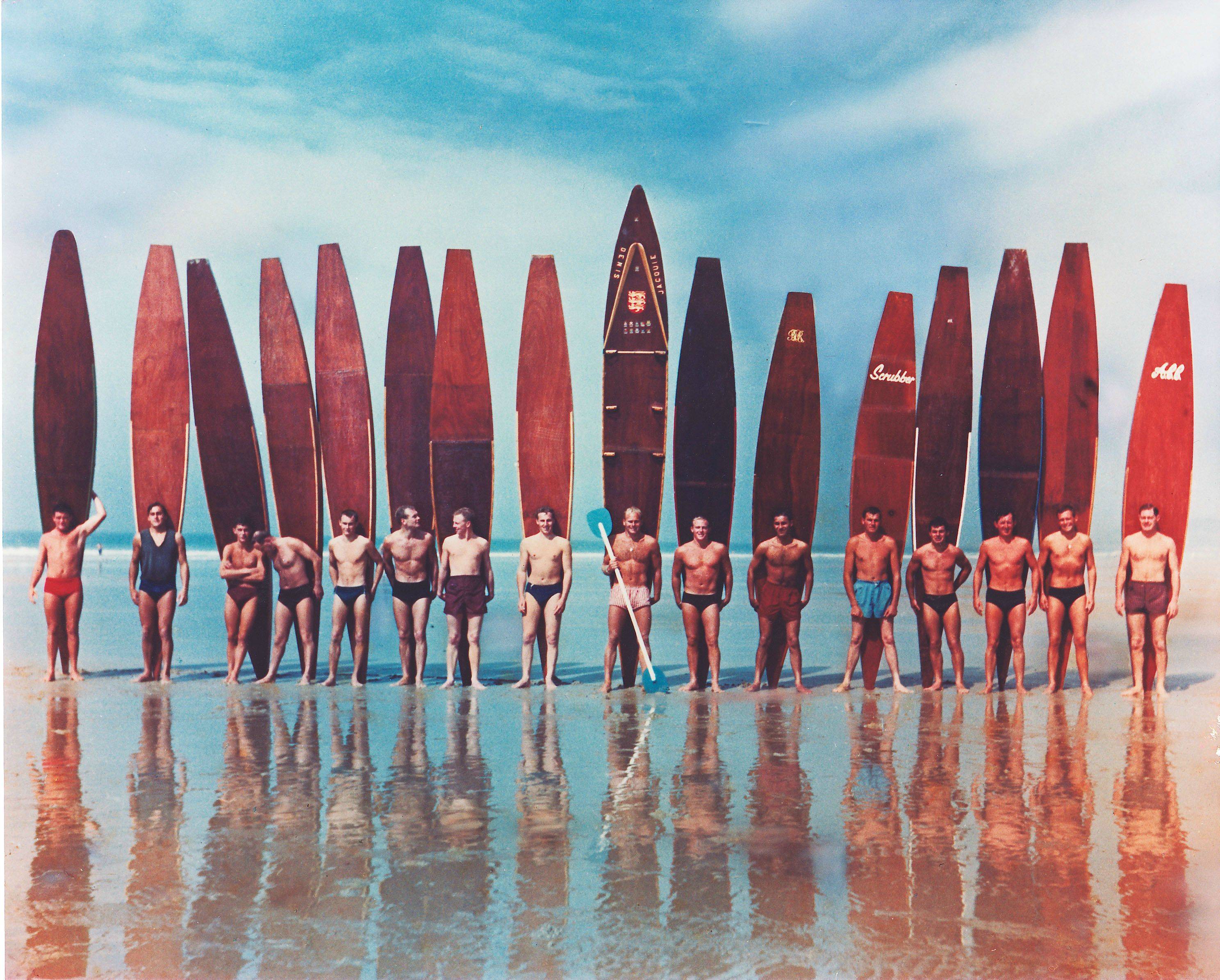 Jersey Surfboard Club was formed in 1959 – another European first for the island.

Homemade hollow surf rescue boards, similar to those made by Tom Blake a couple of decades earlier, were ridden standing up by the lifeguards in the late 1950s. Of course they weren’t very manoeuvrable. But the dream had begun and swinging Sixties were just around the corner.