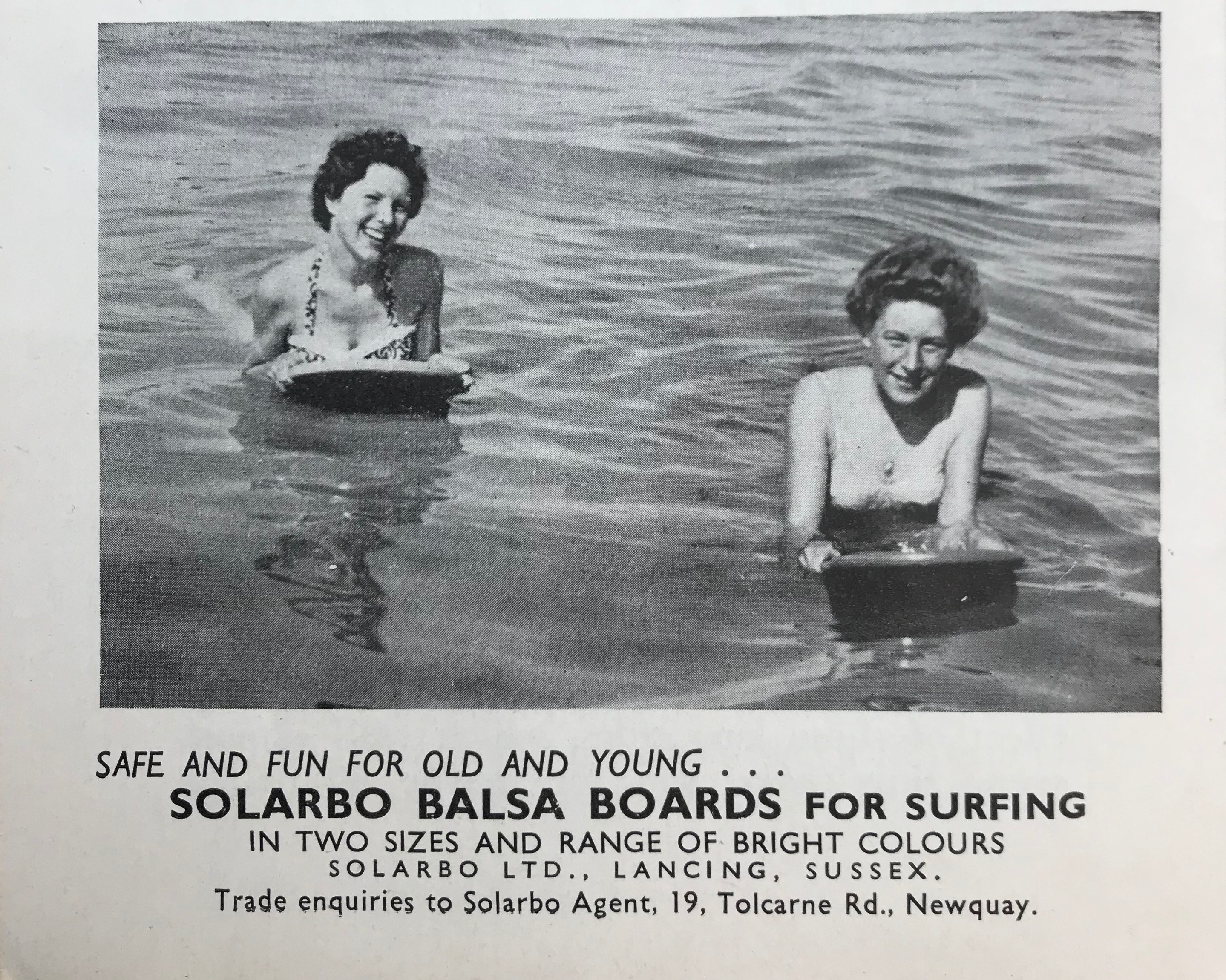 Mostly people continued ‘surf riding’ lying down on short wooden belly boards known as ‘chicken runs’ It was so popular that boards were being made professionally. In 1954, Solarbo Ltd of Lancing in Sussex boasted of “safe fun for old and young” with their balsa boards for surfing.

One of the most bizarre discoveries has been a Scout badge from the 1950s showing a boy standing on a surfboard – these were badges children would earn for learning a skill and they would be worn as medals of honour on their uniforms. How many Scouts earned their surfing badges isn’t clear

In the mid 1950s it’s now becoming clear there were already small enclaves of dedicated ‘stand-up” surfers, making their own wooden boards, some with fins and some without.