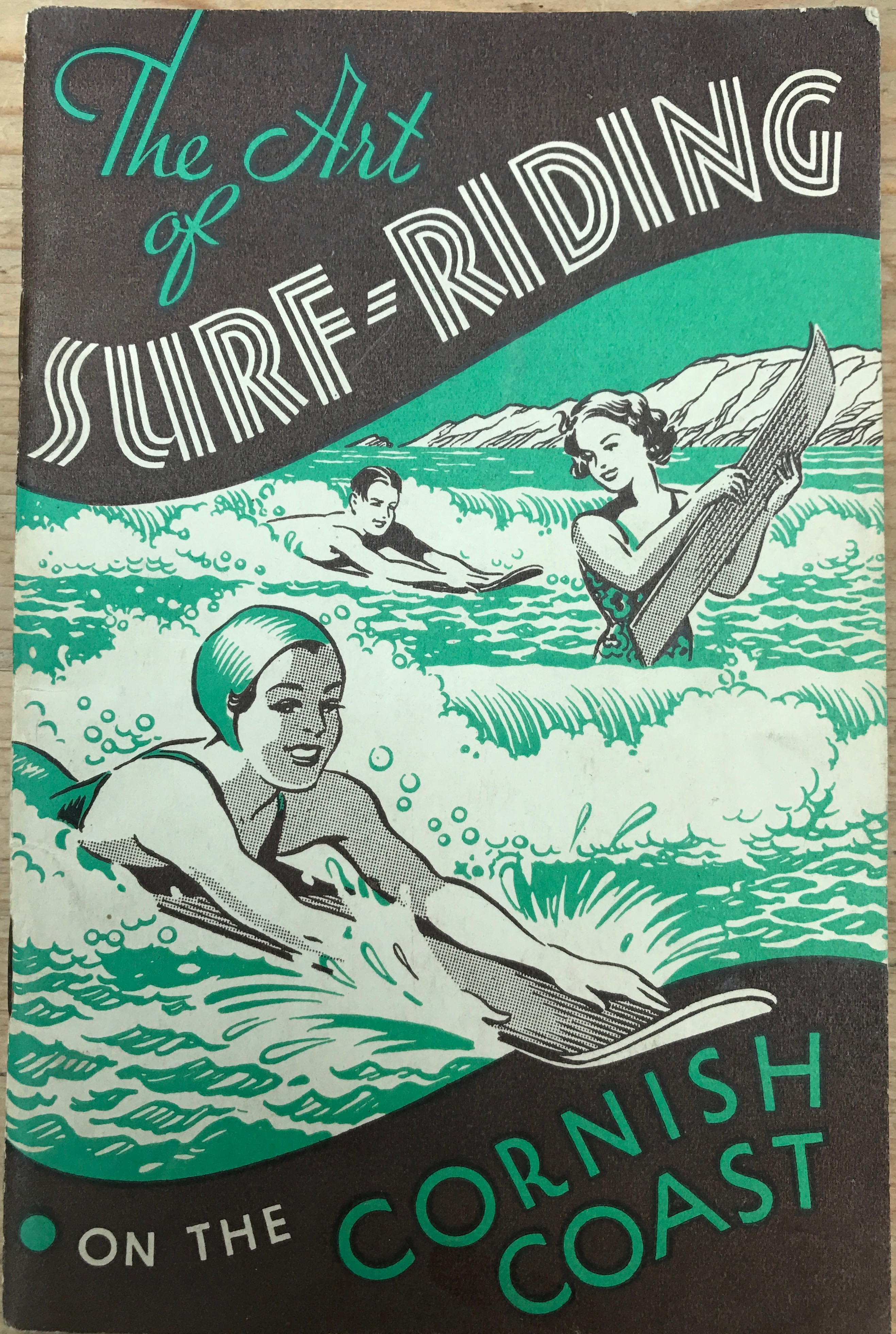 1934 - The Art of Surf Riding” by Ronald Funnell is published

In 1934 the first ever full guide to surf riding in Britain was published for the growing band of people who enjoyed this “refreshing sport.’ Boards evolved into smooth plywood planks around four feet long with an upturned nose to stop them pearling in the white-water where they were most commonly used.

The Art of Surf Riding” by Ronald Funnell was a full-on surf book, telling readers how to ride waves (lying down), and where the best surfing beaches in Britain were. Adverts from 1934 tourist guidebooks state that you would get a free copy of the instructional booklet when you bought your Crest surf-riding board.