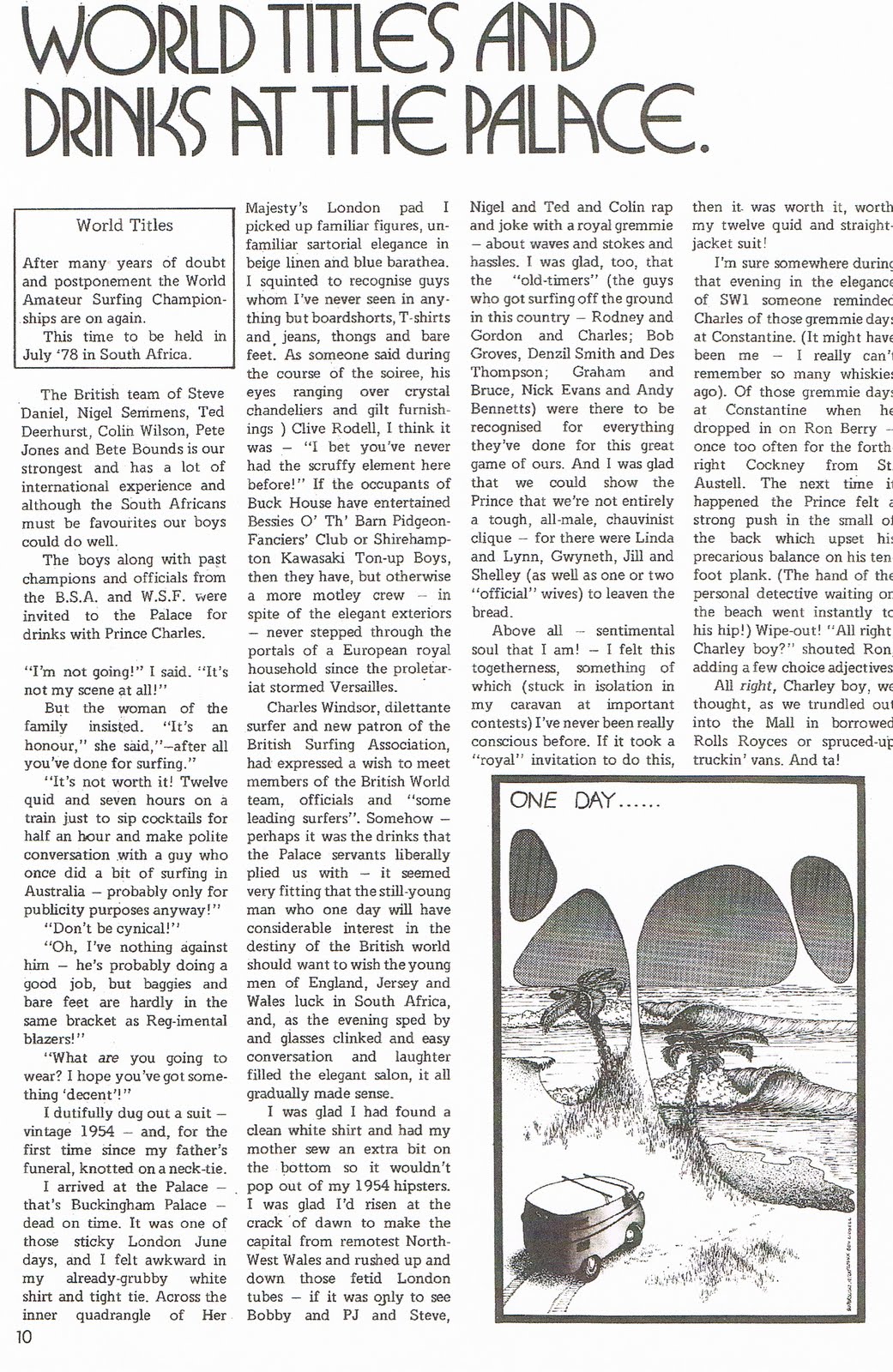 In 1978 the British surfing team were invited to Buckingham Palace to meet Prince Charles before flying out to South Africa to compete in the World Amateur Championships.

The Prince had surfed quite a bit himself in Australia and at Constantine in Cornwall (where he was well known for dropping in on locals and being sworn at for his troubles!). He’d just become the patron of the British Surfing Association.

The team of Steve Daniels, Nigel Semmens, Colin Wilson, Pete Jones. Bob Male and Viscount Ted Deerhurst went on to finish an incredible third, beaten only by the competition hosts South Africa, and the Americans.

The same year Deerhurst became Europe’s first professional surfer, joining the ISP world circuit. He made the semi finals in his first contest in Hawaii in 10 – 12 foot surf at Sunset Beach, beating the likes of Cheyne Horan on the way. Sadly, Ted Deerhurst died in Hawaii in October 1997

The young Viscount was an incredibly passionate and well-liked surfer He didn’t trade off his aristocratic background, instead paying his own way to surf around the world bringing happiness and inspiration to others especially through his Excalibur Trust.