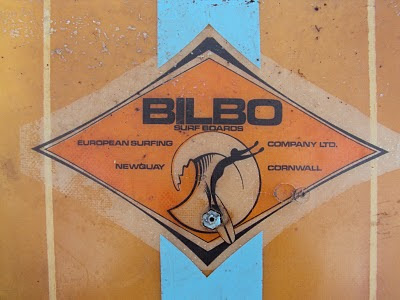 1965 saw the first surf company in Britain to be set up purely with the aim of building surfboards and promoting surfing – the European Surging Company in Newquay founded by Bill Bailey, Bob Head, Doug Wilson and Freddie Blight.

Bilbo – taken from the names of Bill Bailey and Bob Head – would dominate the market until the early 1970s. The firm marketed itself as The European Surfing Company and was successful abroad as well as in the UK.

Names like Friendly Bear, Bickers, Groves-Davies, Powers and Atlantic were to be found on longboards in the 1960s, but on the whole they produced vastly fewer boards than Bilbo