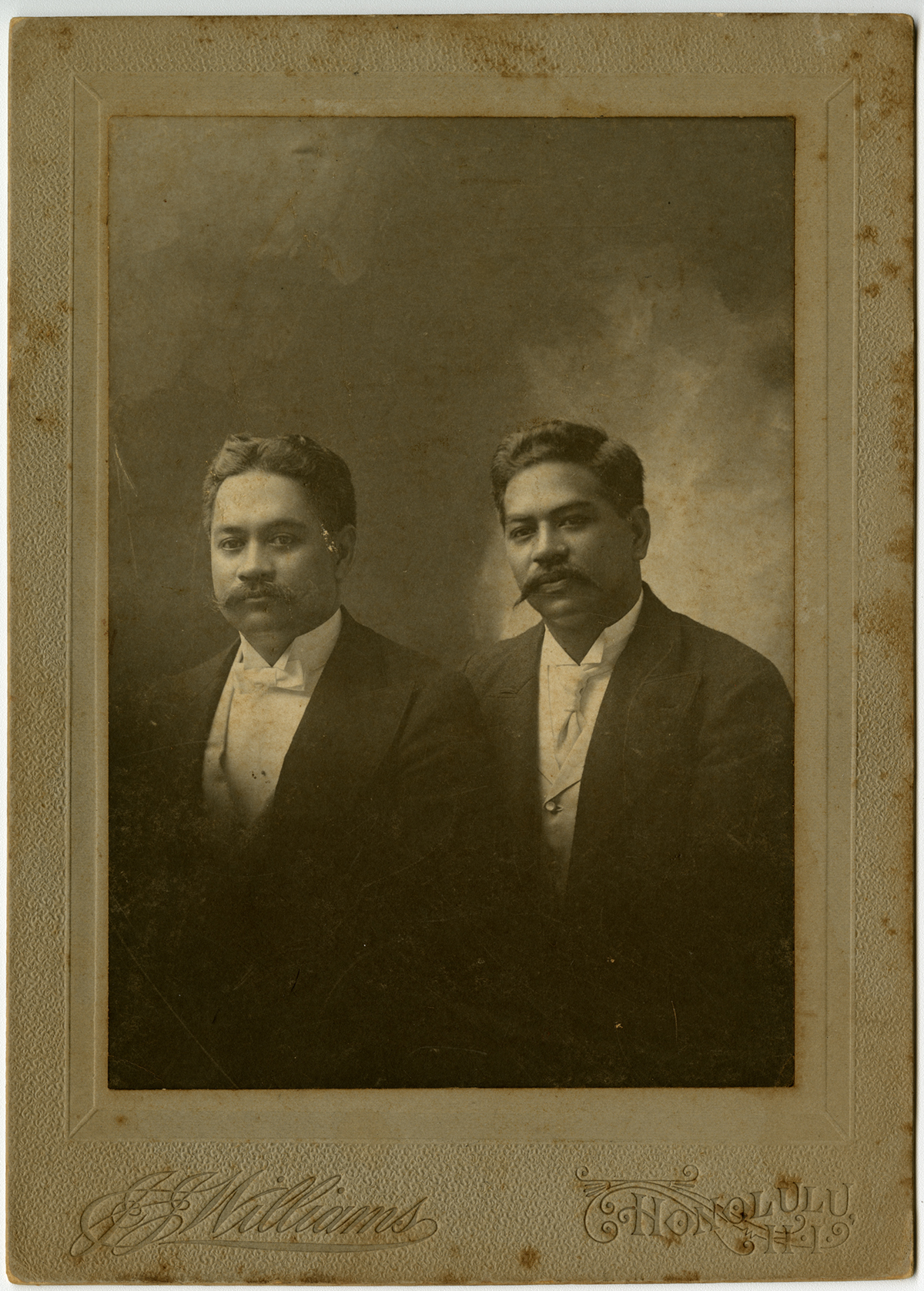 In 1890 two Hawaiian Princes and their English tutor went surfing on the north east coast of England at the resort of Bridlington. At the time of writing, the earliest confirmed wave riding in Britain.

A letter discovered deep in the archives of the Bishop Museum in Honolulu describes how two Hawaiian princes – and their English guardian – went surfing in Britain in September 1890.

But this earliest record of UK surfing didn’t happen in sport’s meccas of Newquay or Croyde, it took place in the east Yorkshire resort of Bridlington – in the chilly, murky North Sea.

The Victorian locals must have been incredulous at the sight of these Hawaiian Princes paddling out, and riding back into shore most likely standing on large wooden planks – their dark skin and hair glistening in the North Sea waters.

The prince wrote that he and his brother Prince David Kahalepouli Kawananakoa Piikoi were allowed by their tutor, believed to be John Wrightson, to have a holiday in Bridlington as reward for good work in their studies in schools and colleges around Britain – they’d been in England furthering their education for almost a year.

On September 22, 1890 a joyful Kuhio could not restrain his enthusiasm in his letter to Consul Armstrong;

“We enjoy the seaside very much and are out swimming every day. The weather has been very windy these few days and we like it very much for we like the sea to be rough so that we are able to have surf riding. We enjoy surf riding very much and surprise the people to see us riding on the surf.”

“Even Wrightson is learning surf riding and will be able to ride as well as we can in a few days more. He likes this very much for it is a very good sport.”

The two Hawaiian royals were no strangers to surfing in chilly waters like the North Sea. In 1885 (with a third brother) they surfed in Santa Cruz on 15-foot redwood planks weighing 100 pounds in similar temperature waters, and it seems their love for surfing made them the first to do it in California and now Britain.

It’s thought the Hawaiian princes, who were the orphaned nephews and heir to Queen Kapiolani, would have made their surfboards from timber acquired from a Bridlington boat builder, and they would have bought or hired neck-to-knee swimsuits made of cotton or wool.

Like Britain, Hawaii was a hereditary monarchy and sovereign state. Britain was an important ally to the tiny independent Kingdom that the Empire-building USA, France and Russia all lusted after in the nineteenth century. The Union Jack in the upper left corner of the Hawaiian flag symbolizes that long friendship.

Despite the incredible distance, royals from each Kingdom braved the perilous months at sea to visit each other – King Kamehameha II and Queen Kamamalu visited England in 1829. Sadly they contracted measles and both died here. Royal children in Hawaii were given British royal names, including the father of modern surfing Duke Kahanamoku who, along with his father, was named after Queen Victoria’s second son the Duke of Edinburgh.

In honour of Queen Victoria’s Golden Jubilee in 1887, Hawaii sent a huge delegation to the UK, including Queen Kapiolani. Some European royals were perturbed that Hawaiian Royalty trumped them in the formal receiving and dining protocols of the day – the two princes arrived in late November 1889.

The north east coast of England is home to some world class surfing waves, but Bridlington has never been a particularly popular beach for surfers.

The two princes were cousins of expert surfer Princess Victoria Ka’iulani, the half Hawaiian – half Scottish heir to the Hawaiian throne who was educated in the south coast resort of Brighton in 1892. Sandra Kimberley Hall says; “Her time in England was deliberately below the radar of the newspapers of the day.”

“She may have been the first female surfer in Britain, but the only tangible evidence – so far – is a letter in which she wrote that she enjoyed “being on the water again” at Brighton. She may have meant a walk on the West Pier, or a walk on the promenade. Ka’iulani liked swimming and surfing. She was a high-spirited girl, who when she returned to Hawaii, liked to sneak out past midnight to go swimming in the moonlight with girlfriends.”

So now Bridlington has a surfing claim to fame of global significance.