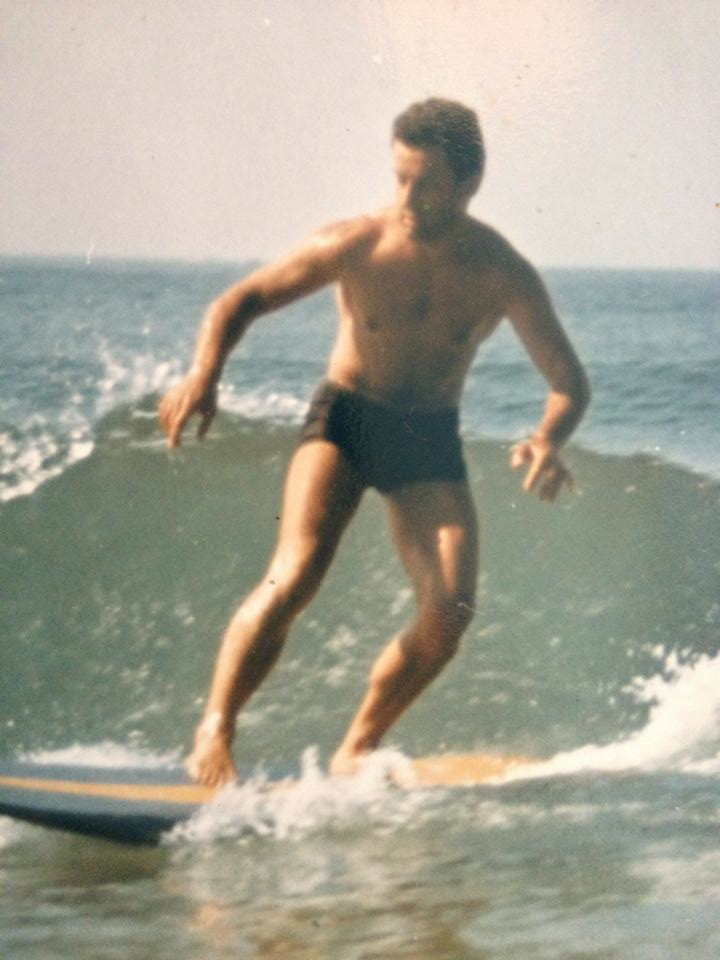 In 1961 and 1962 surfers and lifeguards including Jack Lydgate, an American who’d just arrived from Hawaii, Australians like lan Riley. John Campbell and Warren Mitchell, were riding Britain’s waves with grace, style and skill.

Fellow lifeguard Doug Wilson, from Sussex, started taking photos of these early attempts at surfing, many of which were published as postcards for tourists.

Around the country many people began making surfboards in the early 1960s. Among them, Fred Bickers in Cornwall. Bob Groves in Hampshire and Bob Powers in Devon. The surfing bug had well and truly bitten.

In backyards and garages surfers were experimenting with wood, balsa, and the ‘modem fibreglass and foam, often using plans taken from American magazines.

While Cornwall and Devon picked up the surfing bug in the late 1950s, along with outposts like Brighton and Jersey, it wasn’t long before it spread around the British Isles.