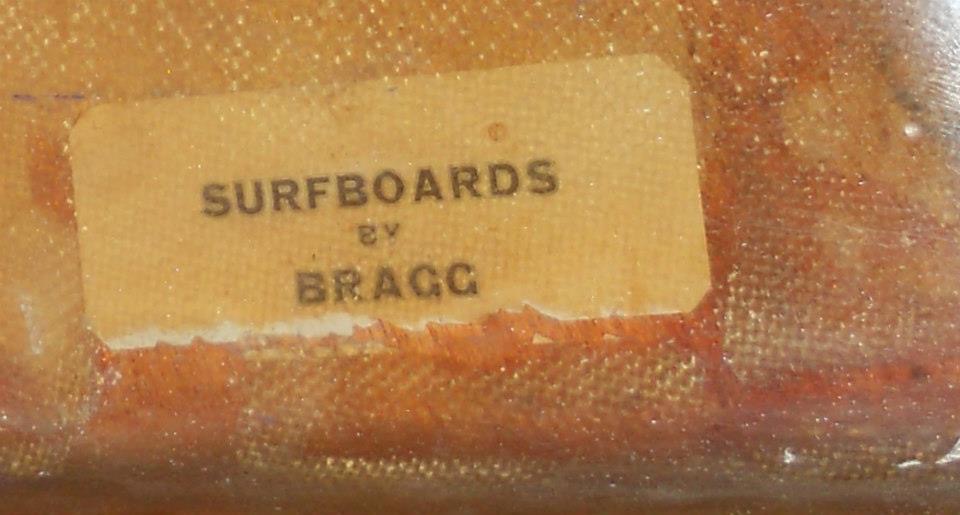 In 1961 Doug McDonnell brought what’s believed to have been the first ever fibreglass and foam surfboard over to the UK. It was a ‘Malibu’ longboard shaped by Bill Bragg in California and glassed by McDonnell himself.

Doug had moved to California from Liverpool in the mid 1950s and started surfing in 1957 on balsa longboards at San Francisco’s challenging Ocean Beach.

He would soon embark on what was probably the first true ‘surfari’ in Britain.

First, he surfed at Scarborough on England’s chilly east coast, then drove down through Devon and finally ended up at Newquay in Cornwall – his trusty Bragg strapped to the roof of an old Bedford van.

Bill Bailey, a lifeguard in Newquay, had built his own wooden boards a couple of years earlier, but soon realised they were redundant when he had his first go on the Bragg – a board he later bought. Boards like this had already been used in the USA, Hawaii and Australia for quite a few years – but it wouldn’t take the Brits long to catch up.

It was at this point that surfing as we know it today really began.

It only took Bailey a year to start shaping his own fibreglass and foam surfboards – with money provided by the local council in Newquay because they were to be used for rescue work – as well as fun. Bob Head also began shaping a few boards at this time, along with handful other likeminded individuals.

Who actually made Britain’s first fibreglass board is hotly debated – some say Charlie Williams in St lves, some believe it was visiting Aussie Bob Head, or was it Bill Bailey?