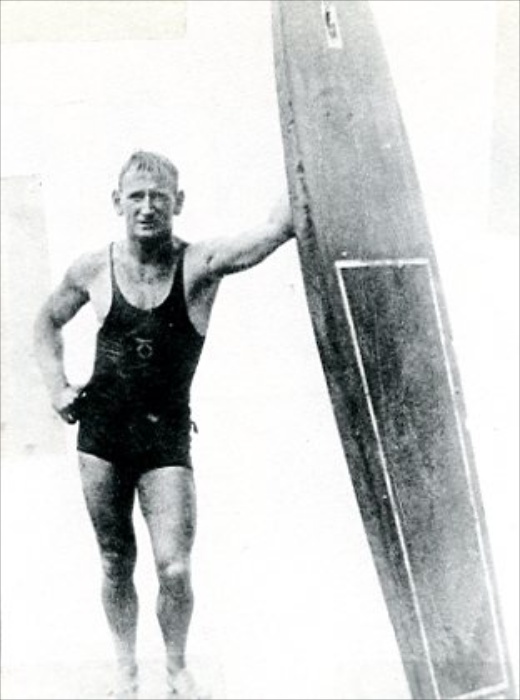 In the Channel Islands and on mainland Britain for some strange reason the majority of beach-goers felt the waves weren’t suited to stand-up surfing like that practiced by the Hawaiians.

Australian surfing champion Charles ‘Snowy’ McAlister proved them wrong when he gave a
stunning demonstration on a beach in Cornwall in 1928. He was on his way back home after the Olympics in Amsterdam when he stopped off in Britain for a surf.

“They thought l was mad – the police escorted me from the beach worried about my safety.” he later said. Like many before him Snowy had picked up surfing from fellow Olympian Duke Kahanamoku during the Hawaiian’s visit to Australia in 1915.

Snowy was famed for doing handstands and other tricks on his surfboard. it must have been an awe-inspiring sight in 1920s England.