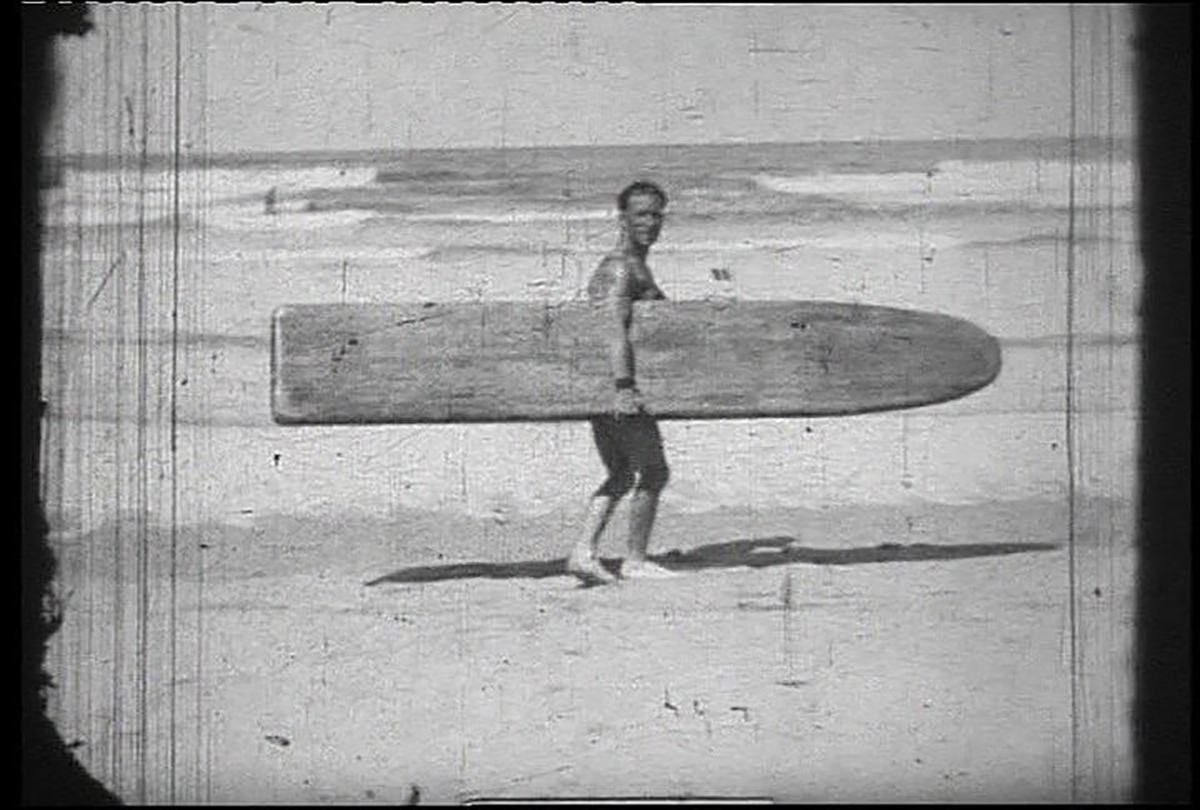 Lewis Rosenberg builds a wooden board and records the earliest known film of an attempt at stand up surfing in Britain in c1929. Lewis Rosenberg and his chums had seen a (Australian or Hawaiian) newsreel of surfers standing on their boards riding in on the waves. They were already bellyboarding, but Lewis being an inventive chap thought he could give it a go. They took the 8 foot solid board – possibly made from balsa – wrapped it in a sheet and took the train to Newquay. They filmed themselves learning to surf on it.

Surf bathing as it was often known became an accepted part of the British seaside holiday – as much as a game of tennis or bowls – and was promoted for its health giving properties in many guidebooks at the time.

The railways opened up the West Country and its beautiful beaches to affluent holidaymakers from all over the country, and they took to the waves in their thousands.