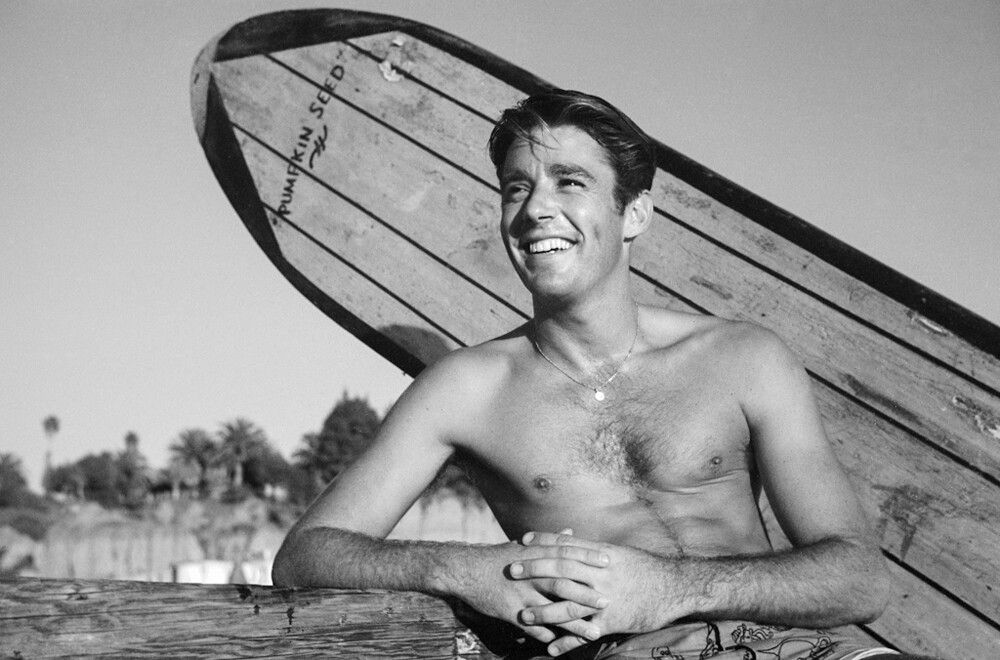 In the 1940s California an English actor was making waves. Peter Lawford was a member of the famous rat pack that included Frank Sinatra and Sammy Davis Jr – he was also a highly talented surfer and a pioneer at Malibu Point.

Lawford married John F Kennedy’s sister Patricia and was good friends with Marilyn Munroe. The actress and pin up girl to millions was also a Malibu regular and often surfed as a tandem partner.

Peter Lawford also played a pivotal part in Australian surfing history when he became the first person to ride a ‘modem’ fibreglass & balsa malibu board in the land down under in 1952, while filming the movie Kangaroo. It’s not yet known if he surfed during his visits home to England.