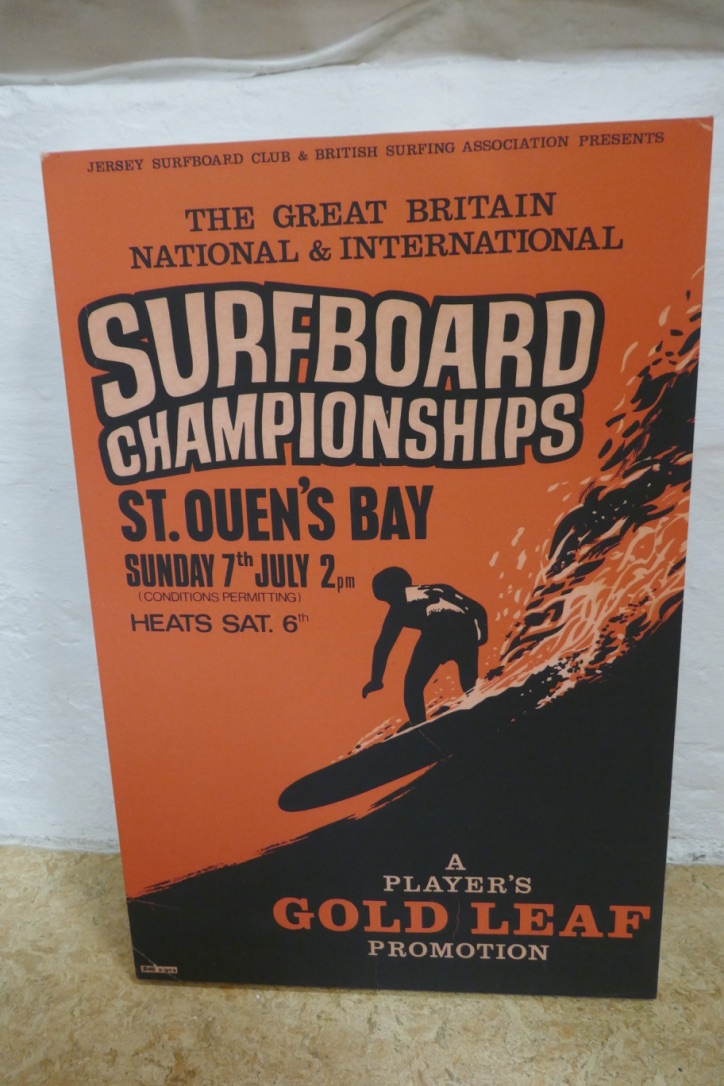 In 1969 and 1970 St Quen’s Bay Jersey was the venue for the first two European Championships, both of which were won by Jersey’s Gordon Burgis.

Back home, world championship standard surfers like Rodney Sumpter (born in England but raised in Australia) blossomed here in the 1960s, alongside homegrown talent like Chris Jones and Roger Mansfield.

Sumpter finished fifth in the 1966 world championship and seventh in 1970.