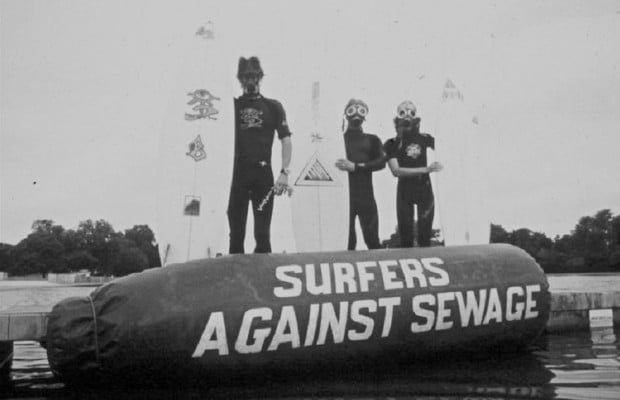 1990 - Surfers Against Sewage is formed

Concern about Britain’s appalling pollution all around this maritime isle’s coastline prompted the launch of the environmental pressure group Surfers Against Sewage.

In a decade they changed (many) water companies attitudes towards sewage treatment and help steer (most of) them away from the pump and dump mentality. Now they sit alongside British and European government ministers helping to decide policies to protect our precious seas.

In the late 1990s The Surfer’s Path magazine started up and soon became the country’s bible of soul surfing – focusing on the stoke, art and culture of the sport as no British publication had done before.