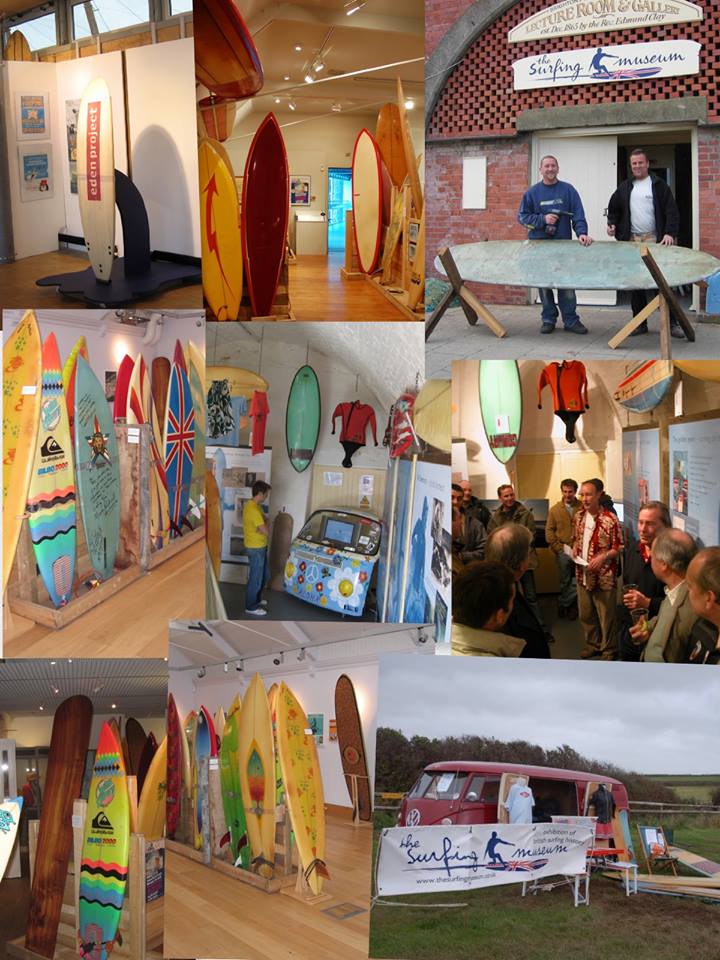 The Museum of British Surfing opened its permanent home in Braunton for the first time this day on April 6th 2012 (Good Friday).

The surfing museum project originally began in 2003 in Brighton with a generous donation from the family of the late Viscount Ted Deerhurst, Britain’s first professional surfer and a personal hero of our founder Pete Robinson. Since that time it had staged touring exhibitions at museums all over the UK.

In 2009 it became a Registered Charity, establishing itself as the national body responsible for looking after Britain’s rich surfing heritage that dates back more than two centuries.

We are grateful for your continuing support, including that of many individuals and businesses locally, nationally and abroad who have donated their time and money to contribute to our continuing success.

In the true spirit of the surfing community, surfers have stepped forward to help create something really special in our adopted home of North Devon and a huge thank you goes out to everyone who has made us feel so welcome in the ‘green county’ and helped to get us open and continue to support us.

The bulk of the Museum of British Surfing’s collection was purchased between 1997 and 2012 by Pete Robinson, and generously donated to the charity as his founding gift. Over the years it has been boosted by many public donations of surfing and beach items, and now has the most extensive and historically significant collection of vintage surfboards, literature and memorabilia on public display and for academic research in Europe.

Much has changed over the last 7 years, but our aim remains the same – to preserve and share the rich history and culture of British surfing.

The Museum of British Surfing – built by you, the British surfer and long may it continue.