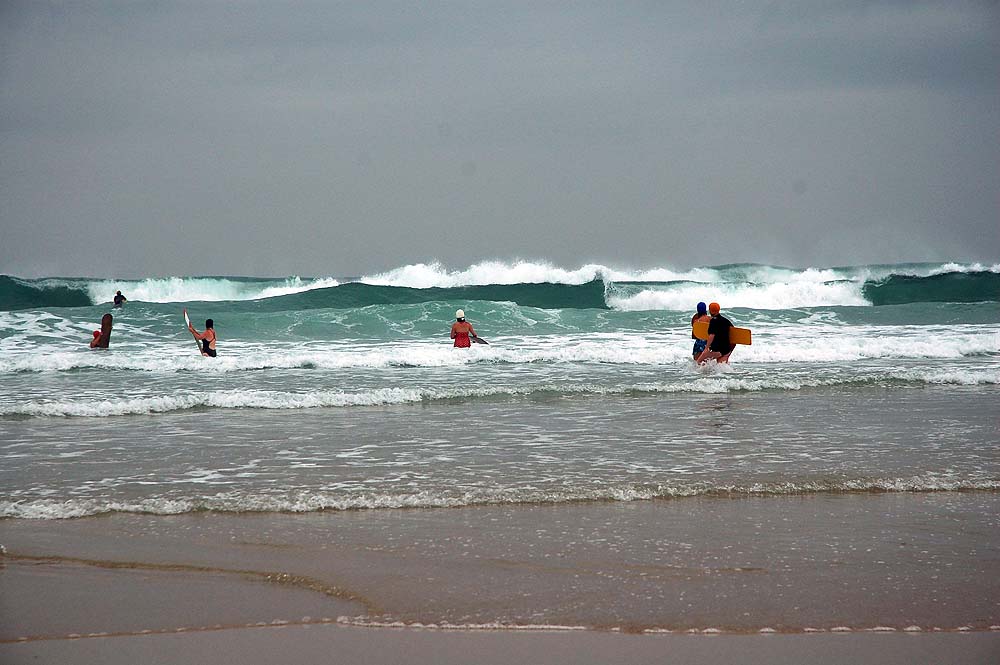 The skies may have been leaden, the rain driving, but the main ingredients of pumping waves and stoked competitors kept the chill at bay and delivered a truly wonderful & typically British seaside day of surf and smiles.

Jack Johns wowed the crowd with his accomplished ply riding to be crowned 8th World Bellyboard Champion with a stunning display of prone surfing in the face of some stiff competition.

The spirit of day was exemplified by the sight of entrants with ages spanning eight decades donning their skimpy swimming costumes (no wetsuits allowed!) and fancy dress, skipping across the rain-soaked car park and wading into the chilly Atlantic to do battle in the surf.

The World Bellyboarding Championship started in 2002 at Chapel Porth by Chris Ryan and Martyn Ward as a memorial contest to the late Arthur Traveller, a Londoner who holidayed with his wooden surfboard at the secluded Cornish beach every year – now the event sees around 200 entrants from around the world.

It’s now run by the National Trust, supported by the RNLI and a host of local sponsors who contributed to a successful day.

The Museum of British Surfing was delighted to be involved this year and put on display of wooden surfboards and surf wear dating back 100 years alongside its classic VW van, and shared stories with the hardy competitors.

The art of surf riding – surfing prone on wooden bodyboards around 4 feet in length and 1 foot wide, has been practised in Britain for at least the last 100 years and probably much longer.

All photos by Bianca Robinson.

There was also some great coverage in the Daily Mail, and Sky Sports News were there too!