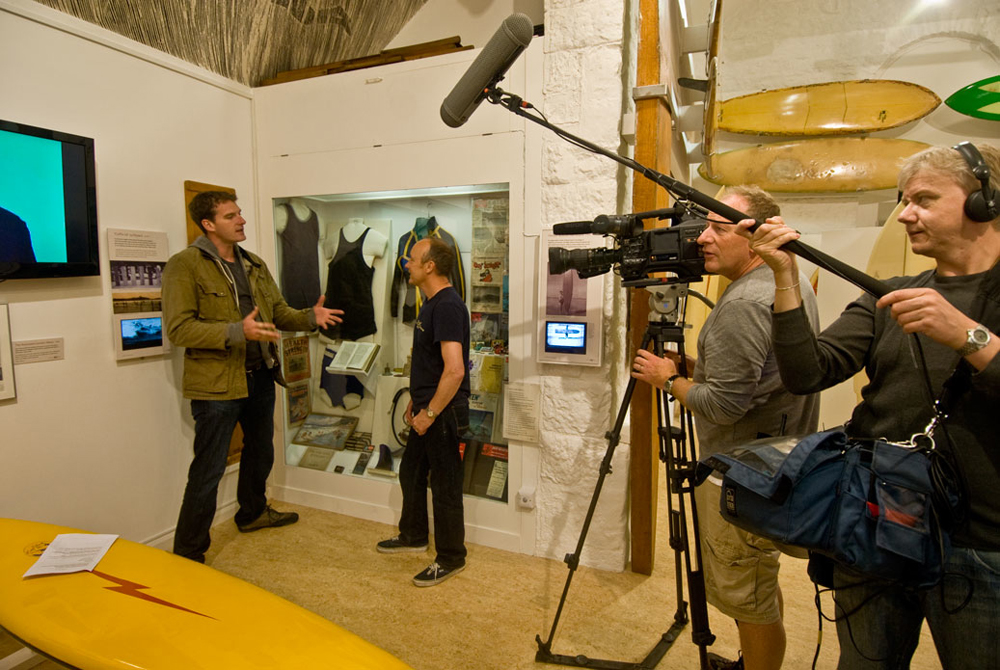 TV presenter & historian Dan Snow headed up the team from the BBC’s prime-time TV programme the ‘One Show’, filming a feature on the Museum of British Surfing & UK surf history today.

They filmed an interview with surf museum founder Pete Robinson, focusing on the original first edition of Captain James Cook’s journals from his Third Voyage of Discovery which contain the earliest-known published description of surfing – written by Lt James King in March 1779 – which is on show at the award-winning museum in Braunton.

Dan & the team then went down to Saunton Sands to film an attempt at surfing on 1920s-style ‘coffin lid’ surfboards, following the recent discovery of photos showing people using them on the North Devon beach as early as 1926.

Big thanks go to the Saunton Surf Life Saving Club for providing voluntary water safety, and to the Christie’s Estate for giving the BBC permission to film on the beach.

The report is expected to go out on the One Show in July or August this year. Photo by wavedreamer