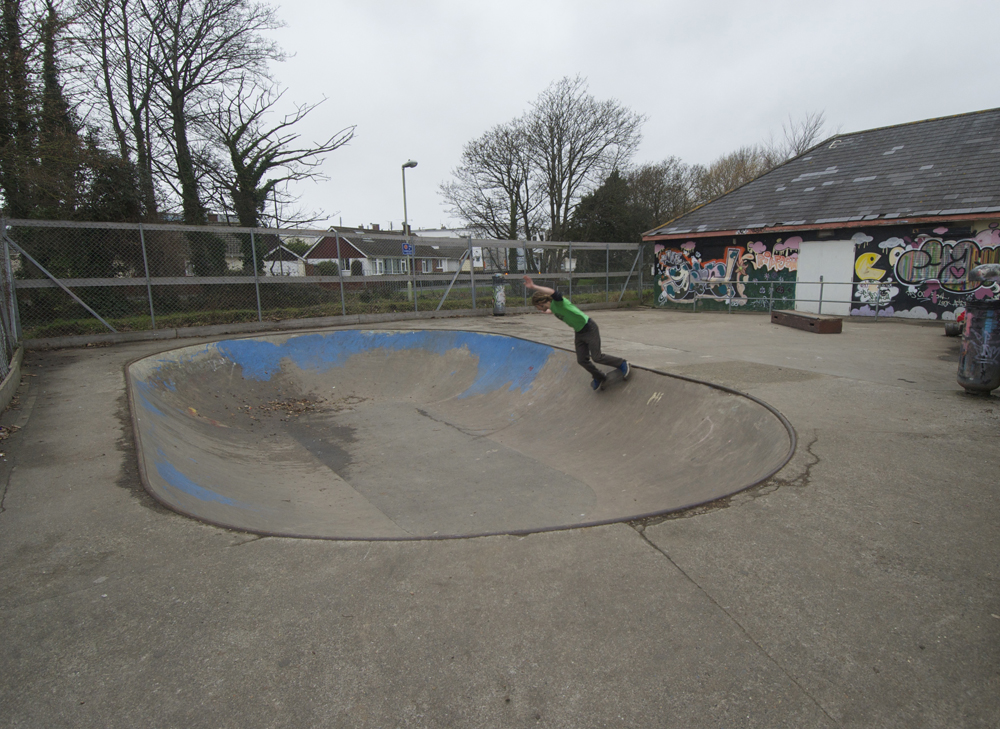 The team worked for more than two hours filling 10 sacks of rubbish from the site in the village centre and took them to the recycling centre in Barnstaple.

A spokesman said: “Braunton Bowl is really popular, but it’s been neglected for a while and the litter had really built up.  The surf museum’s due to take over the bowl and neighbouring building in the next few weeks and we wanted to give it a clean up to start making it better for everyone who uses it.”

The Museum of British Surfing, which is part funded by Leader 4 and North Devon Council, is working towards opening its exhibition and event centre at The Yard in Braunton soon.

The charity is asking skaters to get in touch with their ideas for improving the skate bowl.

Last year the surf museum donated the money needed to pay the insurance to keep the bowl open.