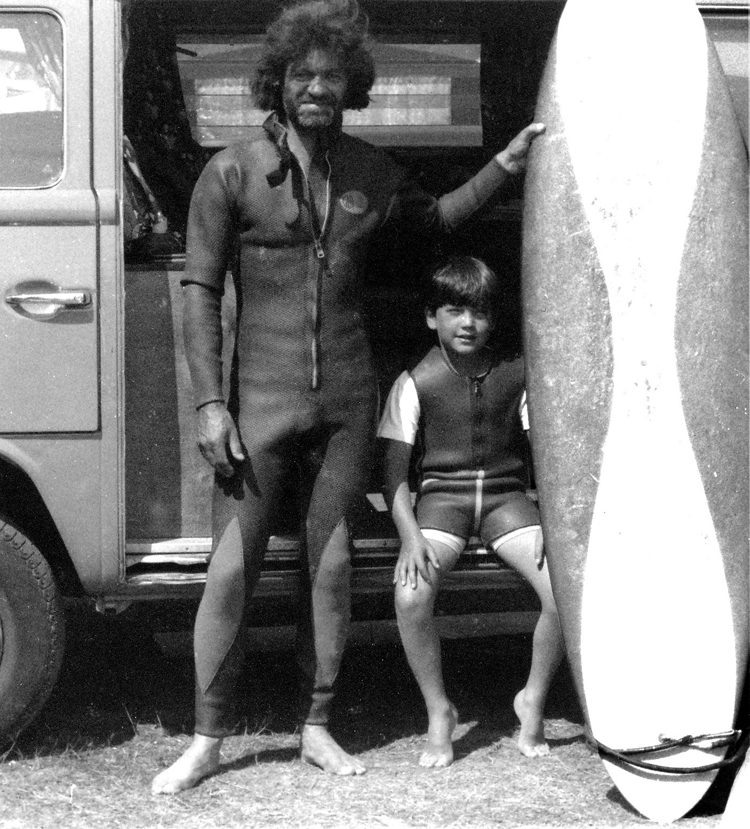 The family of the East coast surfing pioneer Neil Watson have made a legacy donation in his memory to the Museum of British Surfing charity.

Neil, from Lowestoft in Suffolk, was a surfer and pioneering photojournalist who championed the waves of East Anglia and produced the seminal 1970s publication ‘Ripple’. He passed away suddenly on December 3rd 2014.

His son Dan, who is also a passionate surfer organised donations in lieu of flowers at his father’s funeral and shared the money with the Museum of British Surfing and the RNLI. The photo shows Neil and Dan on a surf trip to Polzeath in Cornwall in 1982.

Dan says his dad would have been pleased to know he was supporting both charities. He had previously helped the surfing museum by donating two rare East Anglian made surfboards, photographs and providing local history knowledge. He had also considered becoming a Trustee of the Museum of British Surfing,

“He was one of the unsung heroes of British surfing, who was admired by everyone – both as a person and for his contribution to surfing over the decades,” said museum founder Peter Robinson. “We are truly grateful to Dan for this legacy donation, it is really special for us & represents the spirit of our surf culture.”

The donation with Gift Aid is £100 and will be used to support the continued running of the Museum of British Surfing as the national registered charity (1131433) celebrating & preserving UK surf heritage.