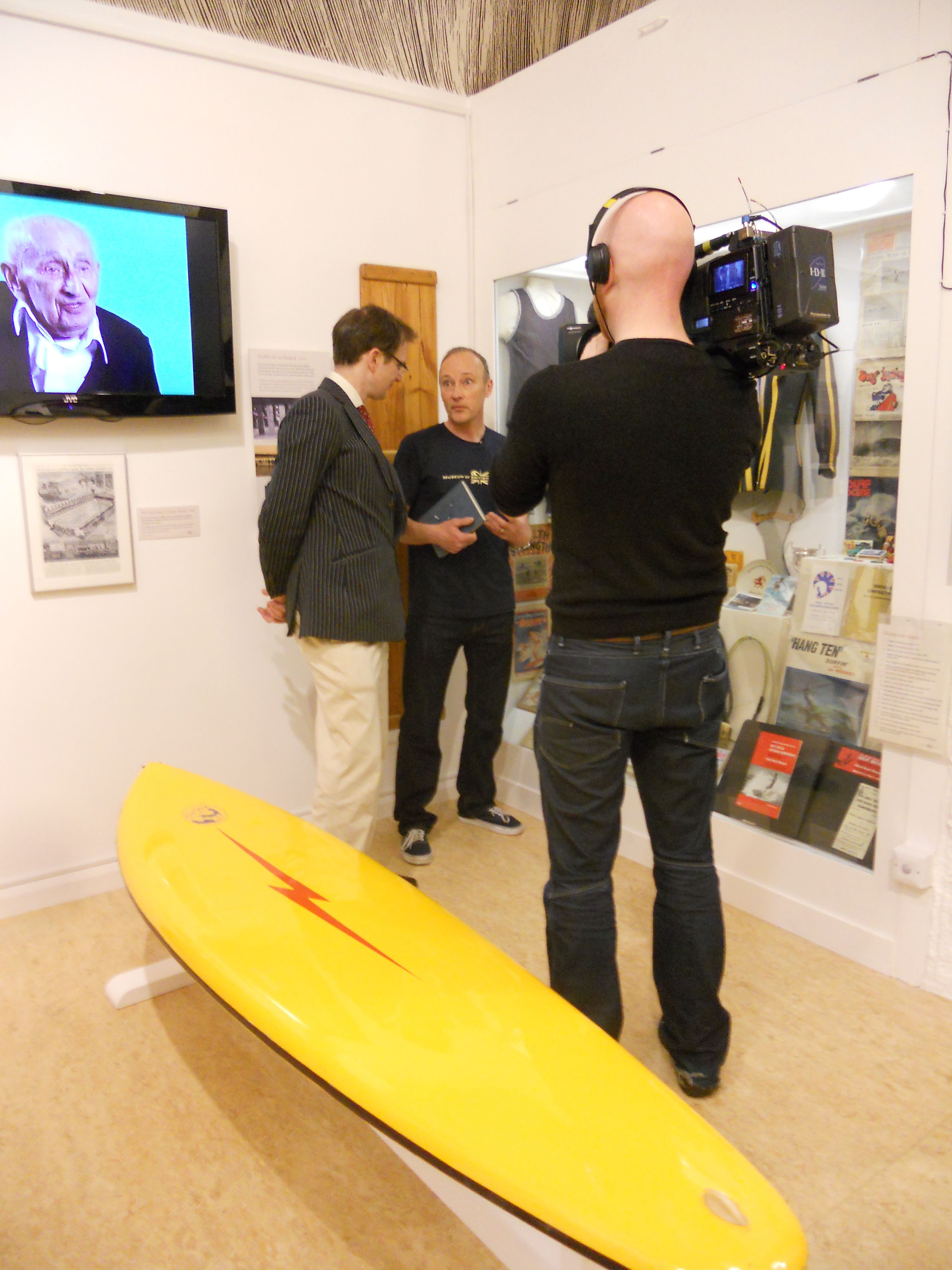 The Museum of British Surfing has been filmed for the popular BBC2 TV programme Antiques Road Trip – it will be shown today, October 8th 2012 at 5.15pm on both BBC2 and BBC HD.

Presenter Charles Hanson and the crew visited the museum earlier in the year to film their report. The programme feature Charles travelling around the region in a classic car looking for bargains and competing with fellow presenters to see how much they can make from their finds at auction.

They also visit local museums and heritage sites to unearth Britain’s history, and chose the Museum of British Surfing as a location for today’s episode when they wind their way through Somerset, Devon and Cornwall. Charles Hanson interviewed museum founder Pete Robinson about the collection and British surfing history.

The national surfing museum opened in Braunton, North Devon on April 6 2012 and has so far seen 6,000 visitors pass through its doors – and has run a successful series of UK & world premiere surf film nights.