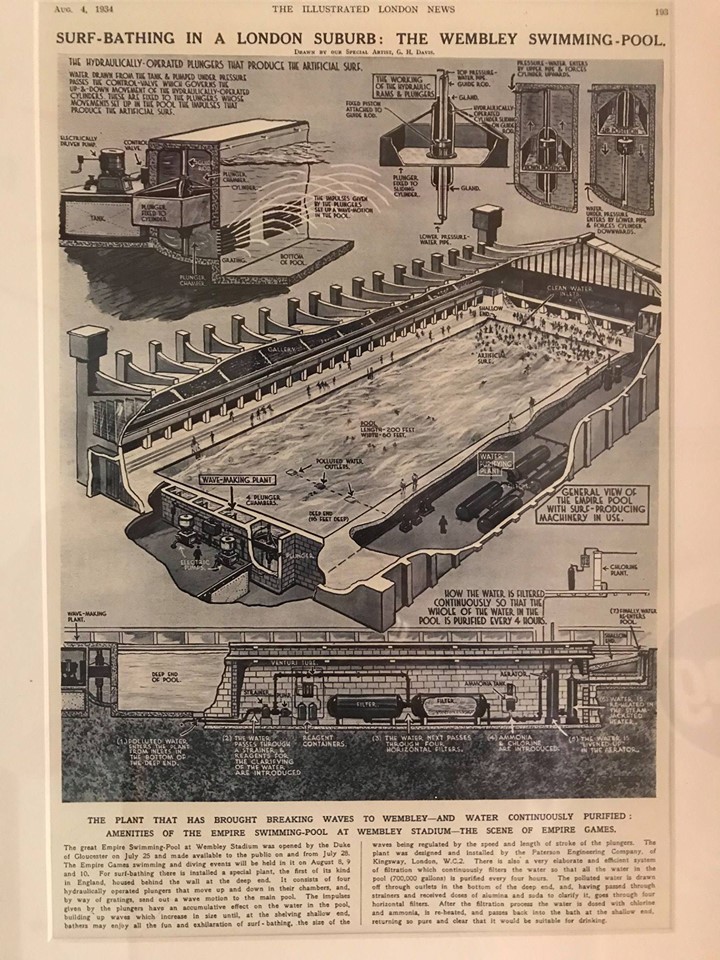 Last week plans were announced for a new £35 million wavepool park in Bournemouth. The Lagoon Project aims to be a 15 acre park with a 145 bedroom hotel and glamping site with wave machine capable of 2,400 wave per hour and apparently will attract 500,000 visitors per year.

The current trend for wave pools is nothing new. An article in the Illustrated London News from Aug 4th 1934 revealed that one of the world’s first artificial wave pools was built at the Empire Swimming Pool at Wembley Stadium in 1934 designed by Sir Owen Williams and was opened by the Duke of Gloucester who was also a keen surfer.

Surf bathing was one of the names for surfing (usually with a bellyboard) before World War 2. The pool was an incredible feat of engineering – even wave heights could be adjusted. The building is now the Wembley Arena.

You can see this article on display at the Museum of British Surfing along with lots of other more traditional surfing memorabilia. So, call in and immerse yourself in the rich history and culture of British surfing.