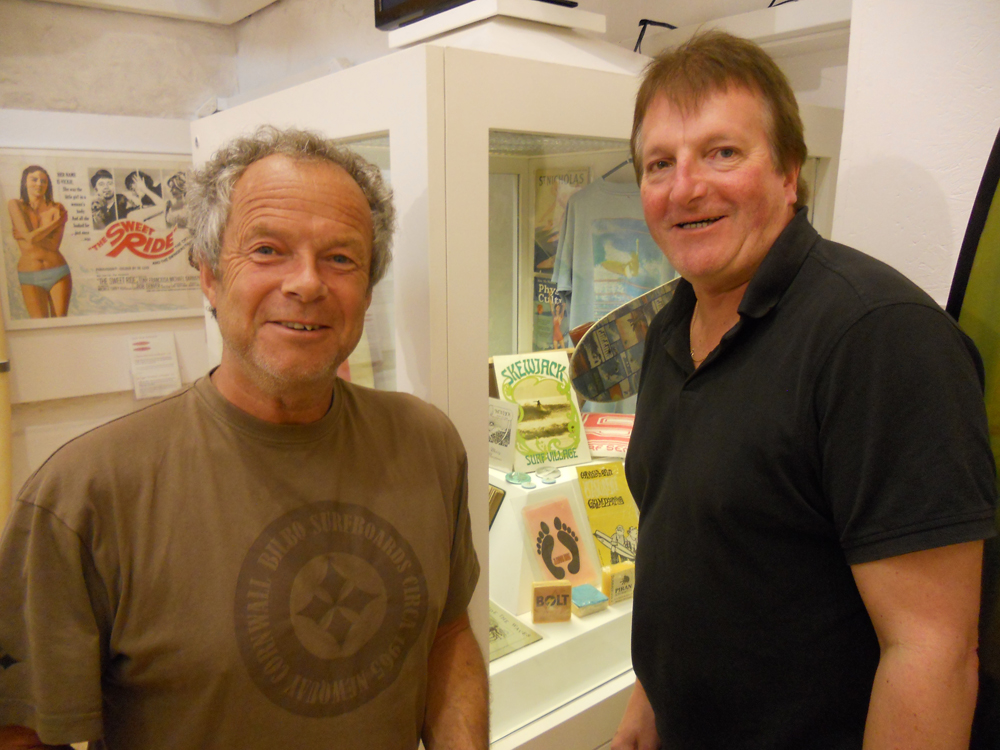 Andy Magin and Colin Heath are pictured here with an original Skewjack brochure on display as part of the Museum of British Surfing’s opening exhibition ‘The Art of Surf’.

The friends both worked as barmen at the legendary surf camp at Sennen in Cornwall during its heyday in the late 1970s and early ’80s. They came to visit the surfing museum today & shared some of their colourful memories of some of the antics they used to get up to.

Skewjack, which opened around 1972 and ran through into the ’80s, was infamous for its hedonistic party lifestyle and promotions like “nurses go free”!

The museum has several pieces of memoraibilia including a vest and a t-shirt donated by Nick Paden.

Some wonderful images and interviews with the original Skewjack crew will be featured in the new movie The Endless Winter out later this year – the museum has been acting as historical adviser to the team putting the film together and supplied archive images and film.