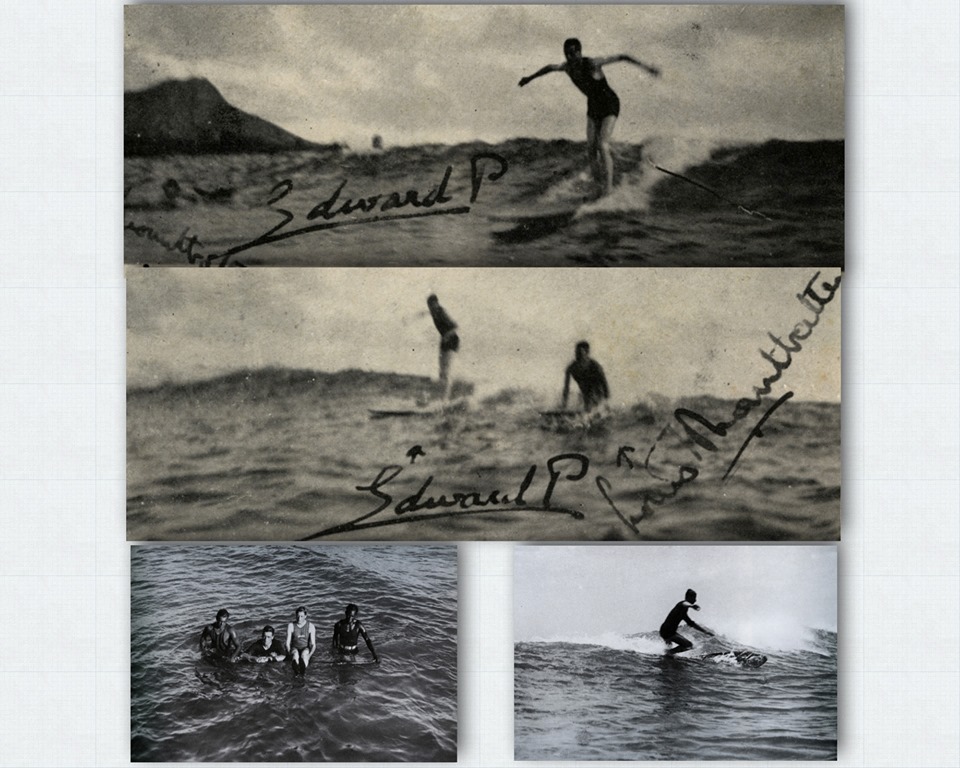 The British Royal family has had a long connection with surfing.

Edward Windsor, the Prince of Wales, surfed in Hawaii in 1920 and in the Museum of British Surfing we have the only know action photos of the young royal riding the waves, and the earliest pictures so far of a Briton stand-up surfing.

On his first official trip to Waikiki in April 1920 he was taken out in an outrigger canoe, then later in the day was coaxed into standing up on a surfboard to ride the waves for the first time by the great Olympian and father of modern surfing Duke Kahanamoku.

However, the future King Edward VIII was so stoked on surfing that he ordered the royal ship HMS Renown to return for 3 days in September just to surf! On this secret surf trip he hooked up with Duke’s brother David Kahanamoku, and along with his great friend Lord Louis Mountbatten, they went surfing every day. The photos were signed by the Edward and Louis as a thank you to their hosts.

Mountbatten was taught to surf by Prince Kalakaua Kawananakoa, the only son of Prince David Kawananakoa who had surfed in Bridlington on England’s east coast in 1890. One of the photos in the gallery shows the foursome taking a break from surfing and resting on their surfboard.

HMS Renown was even late leaving because the prince was still out in the surf!

The Museum of British Surfing has a replica of David Kahanamoku’s surfboard, shaped by Greg Hall from 100 year old koa wood. This is on display in the early surfing heritage section.

Come along and learn more about the rich history and culture of British surfing. we are open 11am to 3pm Tuesday to Sunday.