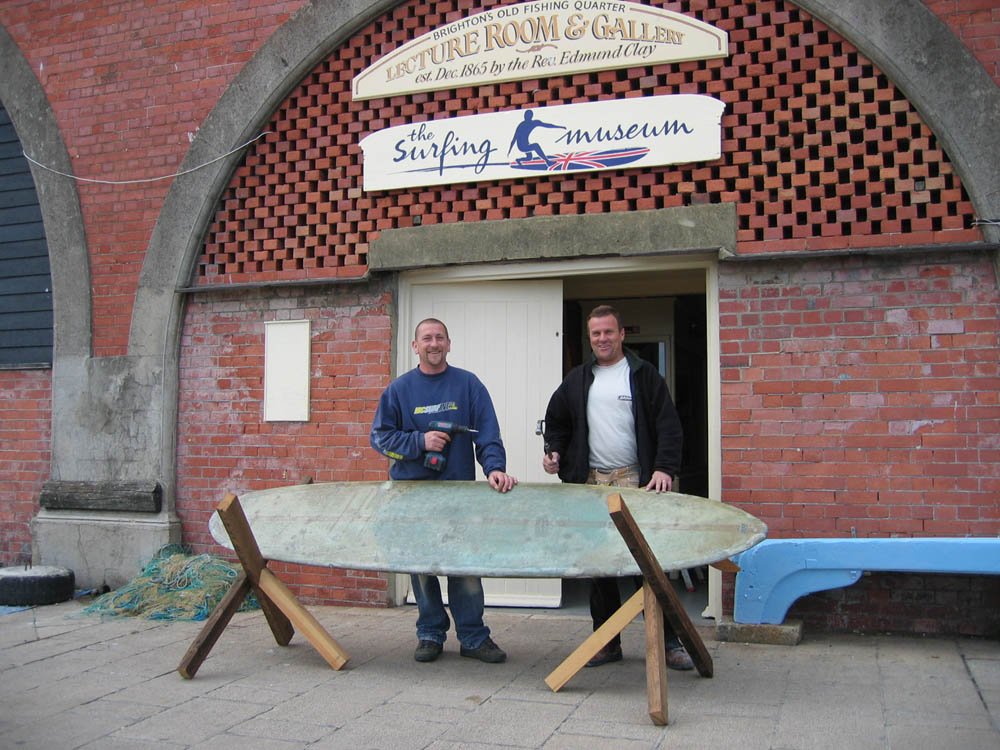 The Museum of British Surfing in Braunton, North Devon is celebrating a decade of displaying its acclaimed surf heritage exhibitions in communities around the UK.

In April 2004 the surfing museum unveiled its first display on Brighton beach, and now in 2014 has launched its new British surfing pioneers exhibition ‘The First Wave – surfers & their stories’ this weekend. It is also two years ago today that the charity opened the doors of its permanent home in Devon for the first time!

In the last 10 years the museum has held exhibitions in Cornwall, Devon, Hampshire, Sussex, London, Coventry, Grimsby, Yorkshire, Northumberland and Scotland – and loaned items for many more independent displays.

The latest exhibition that runs through until December 31st 2014 is a riot of colour and amazing stories of British surfing history, told by the people who were there. You can see interviews with surfers dating back almost 100 years with the wave riders of the 1920s, right through to the present day with big wave star Andrew Cotton.

Surfboards & memorabilia have been selected that help to tell this fascinating story, with touch screen interactive displays, films, QR codes on many items – and of course some great children’s activities!

The photo gallery below shows a small selection of our touring exhibitions.