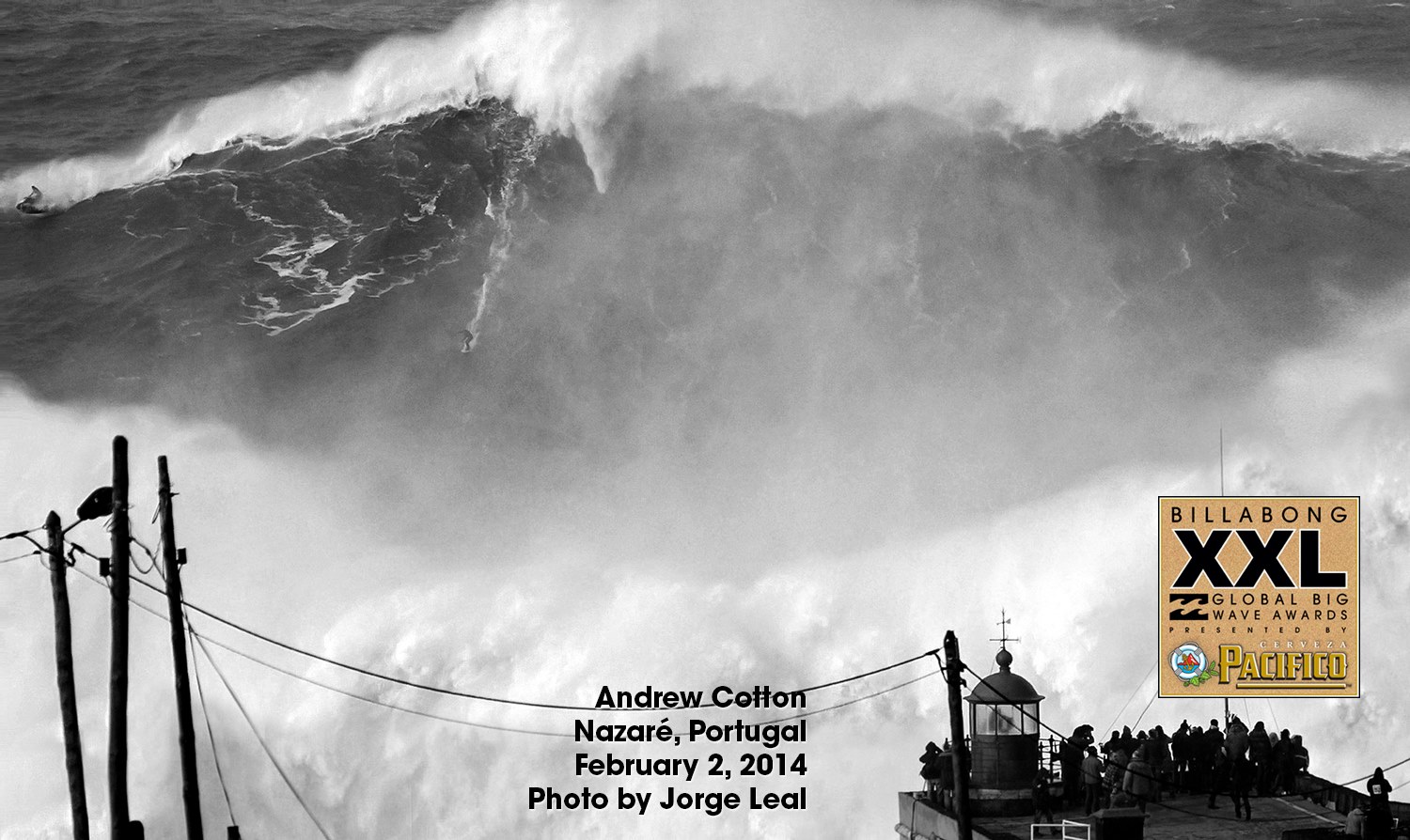 It is proving to be a life-changing winter for North Devon surfer Andrew Cotton, as many people believe he has set a new world record for the biggest wave ever surfed during his latest session at Nazare in Portugal on Sunday.

Cotty was already in contention for the record with a wave he rode at the same spot in December, but this one appears to have been even bigger and is estimated to be at least 80 feet. The existing official world record of 78 feet was set by Hawaiian Garrett McNamara during a 2011 session at the same wave.

“Andrew was towed into Sunday’s big wave by Garrett McNamara, back in 2011 it was Cotty who towed Garrett into his world record – so let’s hope the Hawaiian has returned the favour!” said Peter Robinson, founder of the Museum of British Surfing. The wave is almost certainly the largest ever ridden by a Briton.

Cotton told Australia’s Surfing Life magazine: “It was borderline unrideable, to the point where I was thinking should I really do this. It was so bumpy, and we didn’t want to chase any of the swell peaks that broke toward the beach so we hung off to the side and picked off the rights that broke a bit further out. The smaller waves, not that they’re small at all because they’re massive, were breaking almost into the rocks.”

“The bigger ones you could surf, but those small ones were where the carnage was. So we had a four-hour session and barely caught any waves, just waiting for the right one, and I was so lucky to get the one that I did. Garrett got one but it sort of peaked about a mile out to sea, while mine was a bit farther in. It was pretty hectic and scary though, and it wasn’t really that fun.”

It will now be down to the Billabong XXL judges and the Guinness World Records team to decide if a new world record has been ridden, with the result being announced in May 2014. Andrew’s latest ride once again brought another wave of worldwide media attention with coverage of his exploits on all the main TV news programmes and newspapers.