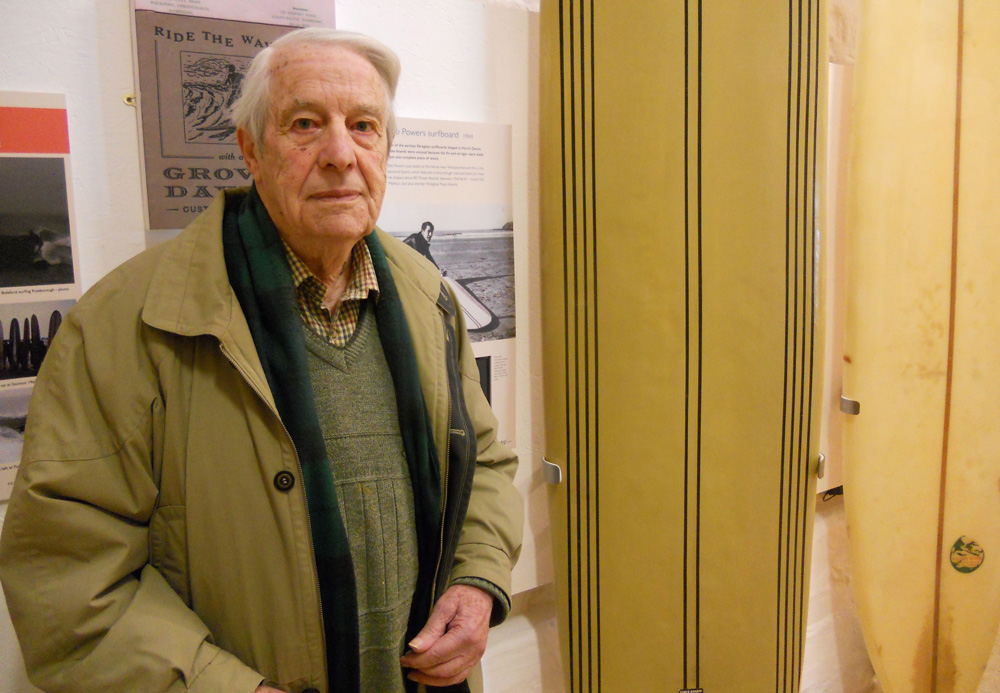 He’s pictured here with his personal board that’s on display along with a slideshow of his photos. Bob also became the first person to be photographed for our special gallery of 1960s pioneer surfers. He made boards at Mortehoe in the early 1960s and continued through until 1967.

Sixties SURFER! is the biggest display of original British surfboards and memorabilia from the 1960s ever seen in the UK, and samples the films, photography, music and fashions of this groundbreaking decade. It also marks the 50th anniversary of Britain’s first surf shop, that opened in St Ives, Cornwall in 1963.

The exhibition has been made possible by sponsorship from businesses across Devon and Cornwall including 1960s wetsuit pioneer Gul, Wavelength surfing magazine, Finisterre clothing, Skinners Brewery, The Thatch pub, Marsdens Cottage Holidays, Parkin Estates and The Red Barn pub.