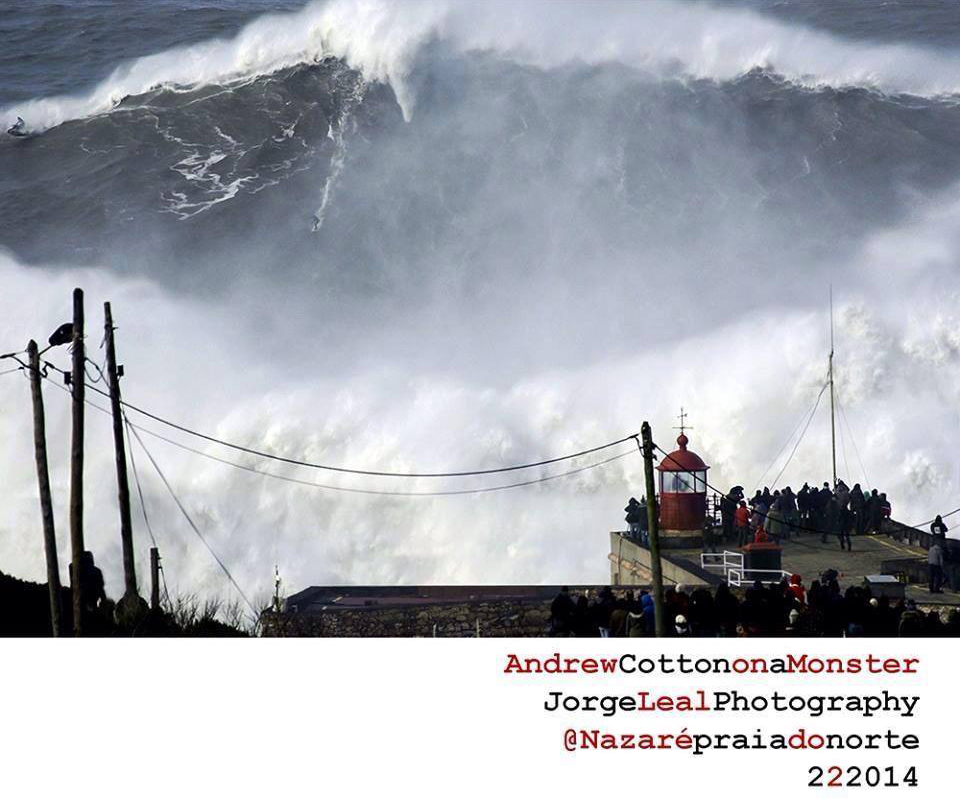 The father-of-two from Devon could bring back a new world record for the UK, for the biggest wave ever ridden – estimated at around 80 feet at Nazare in Portugal on February 2nd this year (see main photo). The existing record is 78 feet for a wave ridden at the same break by Hawaiian Garrett McNamara in November 2011; his tow-in driver that day was Andrew Cotton.

“Whatever happens Cotty has already made British surfing history, it is the biggest wave ever ridden by a Briton so far by a country mile!” said Peter Robinson, founder of the Museum of British Surfing. “He has a quiet determination and deserves recognition for his incredible dedication and amazing achievements on the world stage – all with very little financial support.”

‘Cotty’ is nominated in the ‘biggest wave’ category alongside Carlos Burle, Galtier Garanx, Francisco Porcella and Ian Walsh. First prize is $10,000 US Dollars, and interestingly three of the five biggest waves of the year were ridden in Europe, two were in Hawaii.

The awards ceremony takes place at the Grove Theater in Anaheim, Los Angeles, California on May 2nd. Andrew will be accompanied by Braunton-based South African filmmaker Mikey Corker who is creating a documentary about Cotton’s mission to ride the world’s biggest waves called ‘Behind the Lines’ for Epic TV.