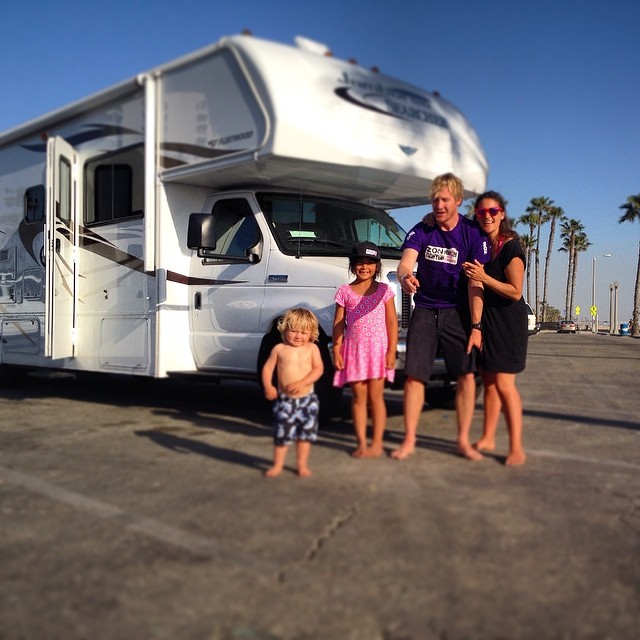 North Devon plumber & father of two Andrew Cotton will find out tonight (after 7.45pm PDT/04.00am BST) if he has set a new world record for the largest wave ever ridden, and won a 2014 Billabong XXL Big Wave Award for his achievements.

Cotton aged 34 and from Braunton is in Los Angeles with his family to attend the ceremony, dubbed the ‘Oscars of big wave surfing’, at the Grove Theater in Anaheim, Los Angeles.

Leading surf historian Peter Robinson and founder of the Museum of British Surfing, which is based in Cotton’s home village, said; “This is an incredible achievement and firmly puts British surfing on the world map. Andrew has put his life on the line to ride the world’s biggest waves – all with a quiet determination and supreme professionalism. He’s a humble guy – and whatever the result (of the awards) has created British surfing history for the largest wave ridden by a Brit by a country mile!”.

“The waves he rides would scare the living daylights out of most experienced seafarers, let alone ordinary surfers or beachgoers. We think he should now get a nomination for BBC Sports Personality of the Year. He has dedicated his life to his mission, with very little financial support, and rides the world’s most massive and deadly waves with a style and aplomb that make us proud to have such an amazing character as an ambassador for British Surfing.”

One of Andrew Cotton’s tow-in surfboards & wetsuits, along with films & photos of the big wave surfer are currently on display at the Museum of British Surfing’s exhibition ‘The First Wave’ – about British surfing pioneers.

Andrew Cotton rode a wave estimated at 80 feet at Nazare in Portugual on February 2nd 2014. The previous record of 78 feet is held by Hawaiian Garrett McNamara – Cotton’s ‘tow-in’ partner – for a wave ridden at the same spot in November 2011.