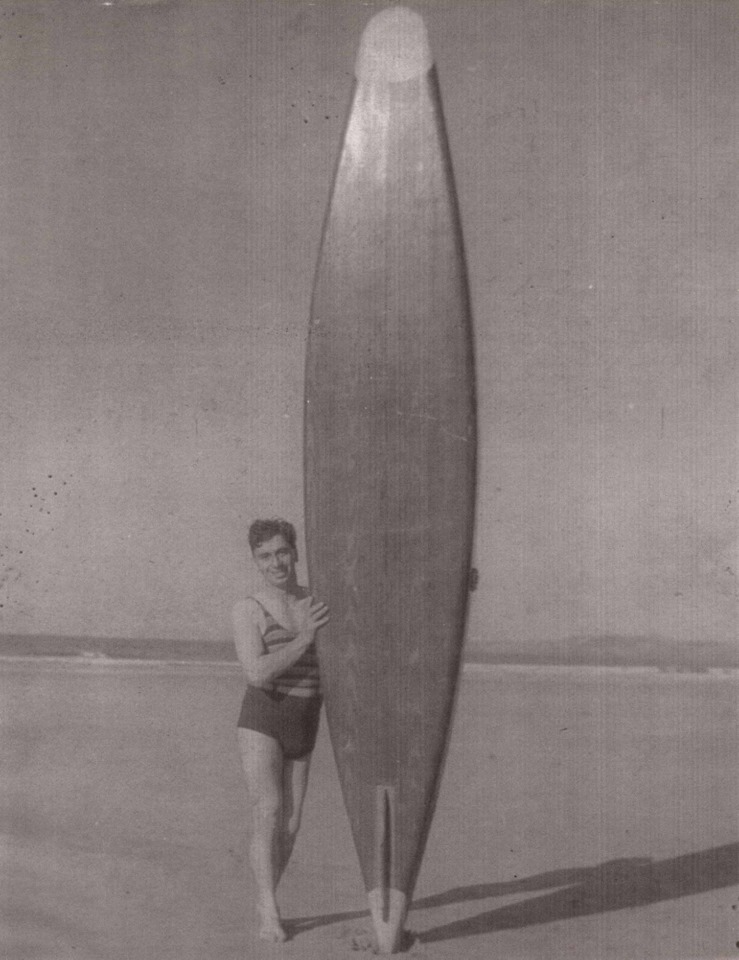 When you come to visit the Museum of British Surfing one of the first images you will see is that of Papino “Pip” Staffieri holding his homemade surfboard.

It was around 1937 that Newquay ice cream seller Pip Staffieri saw a photo in the 1929 Encyclopaedia Britannica of a Hawaiian surfing and thought he’d like to have a go.

With no plans, and no idea how to surf, he built a 13 foot hollow wooden board. After a bit of experimentation with its design he even fitted a fin to it. Without a care in the world he would spend the summer evenings surfing alone at Great Western Beach after he’d finished selling ice cream to the tourists. He had to wheel the beast down to the waters edge on a modified baby’s pram.

Pip would later tour the worlds surfing hotspots, including a visit to Hawaii. The last time he surfed was in the mid 1950’s at Waikiki, where he rode the first ‘malibu” style fibregalass longboards, long before they found their way over to his native Cornwall.

You can find out more about Pip’s story and many others in the Museum of British Surfing.

We are open 11am to 3pm Tuesday to Sunday throughout the year.