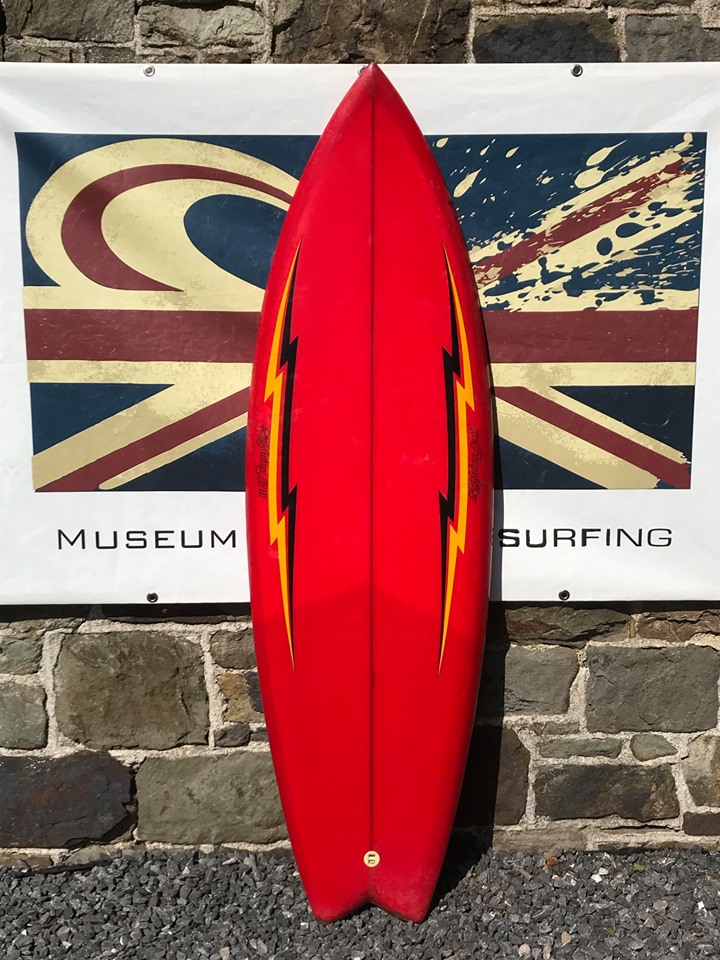 Only a couple of weeks to go before we host the Lightning Bolt crew at the Museum of British Surfing and we’ve just received this fantastic Bolt on loan from Robert Pridmore.

It was shaped in North Devon under licence by the late Robert Liddell. The Lighting Bolt licence was passed over to Chapter through Lord Ted Deerhurst and there Bob Liddell made some great boards, and then followed by Paul Blacker, who still holds the licence today. This was a serious undertaking as Bolt insisted that the boards made under franchise were of the highest quality from shape to finish and all the team who made them in the UK more than fulfilled the requirements. A true reflection of the quality of the craftsmen then and now.