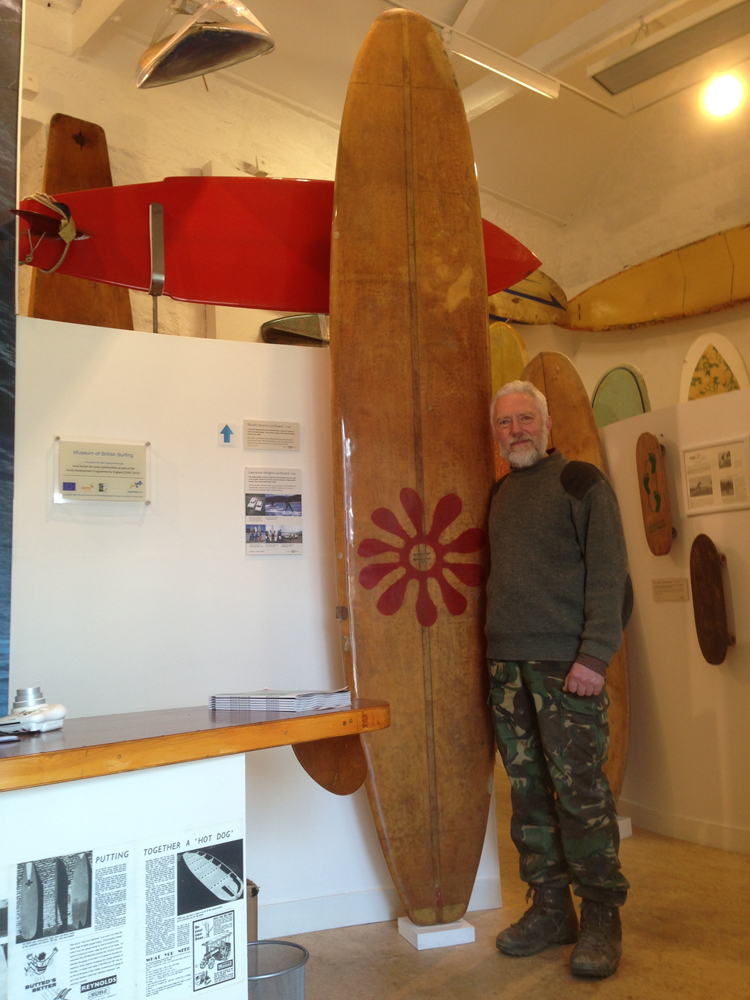 In 1968 Lawrence Wright and his brother Tony made two surfboards at their home in Kent – 45 years later Lawrence was reunited with his board at the new Sixties SURFER! exhibition now showing at the Museum of British Surfing.

Lawrence and his wife Karen now run Middle Campscott Farm at Lee in North Devon and were delighted to see the display, especially the family’s old board. “It was a very happy experience visiting the museum and the 1960s surfing display. The exhibits all make one smile!” said Karen.

The Wright family decorated the surfboards they made, and their cars, with a ‘smiling jellyfish’ design. The Malibu board on display in Sixties SURFER! also has the design set in resin in its wooden ‘hatchet’ fin. They regularly travelled from Kent for surfing holidays at Putsborough before settling in North Devon in later life.

You can see photos of the board in use back in 1968 on display in the exhibition.

Lawrence also had his photo taken to join our montage of 1960s surfers that’s displayed in the museum’s reception area.

The Museum of British Surfing is now on Spring opening hours which means we’re closed on Mondays except bank & school holidays click here for details.