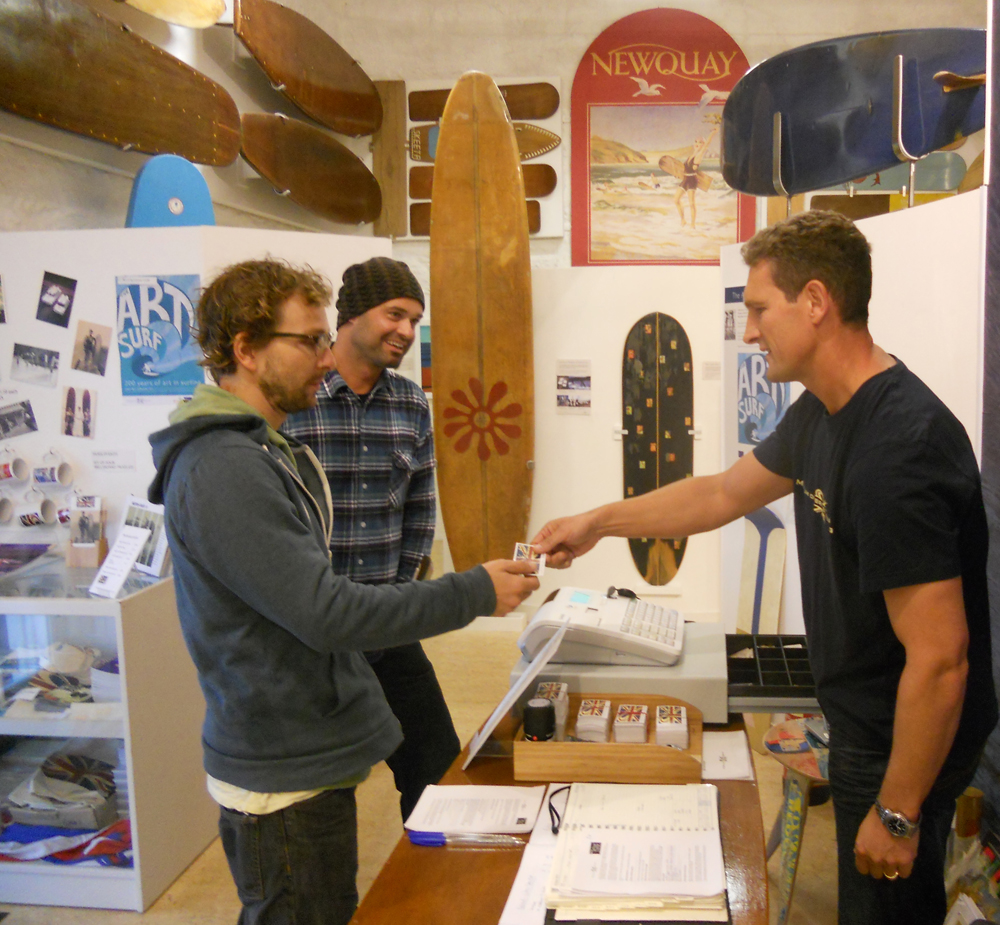 The Museum of British Surfing in Braunton, North Devon has been shortlisted for a second prestigious national award less than 12 months after it opened for the first time.

It’s in the final of the sustainability category along with four other museums at the Museums & Heritage Awards for Excellence 2013 in London on May 15, hosted by comedian & TV presenter Sue Perkins

Museum founder Peter Robinson said; “We are proud, delighted and excited to be in the finals alongside such huge national institutions as the Science Museum. We are small team with a big passion for surfing and the unique environment that we are so lucky to play in – so it’s a great honour to see our work recognised.”

The nomination focuses our unique sustainability and social policy written by one of our trustees, Andrew Coleman, who says; “We want to be the most sustainable surf museum in the world and one of the most sustainable small museums in the UK – both economically and environmentally, bearing in mind our location in a World Biosphere, the crucial role of the environment in the experience of surfing, the threats from pollution and climate change and a desire to improve the social wellbeing and economy of Braunton and rural North Devon.”

Last June, just 3 months after opening, the Museum of British Surfing scooped a top national museums award from the Collections Trust, for being the best collection put together on a small budget.

“I’d like to thank Andrew for putting so much hard work into our sustainability, our volunteers who make a real difference in the community and our grant funders, commercial supporters and individual donors who have helped make it all happen – we couldn’t have done it without you all,” said Peter.

The Museum of British Surfing opens for its second season on Good Friday March 29th, with a major new exhibition Sixties SURFER! which looks at the decade when modern surfing culture arrived in the UK and marks the 50th anniversary of the first surf shop in Britain.

The awards ceremony takes place in the historic state rooms at 8 Northumberland Avenue in London on May 15th as part of the two-day Museum & Heritage Show at Olympia.