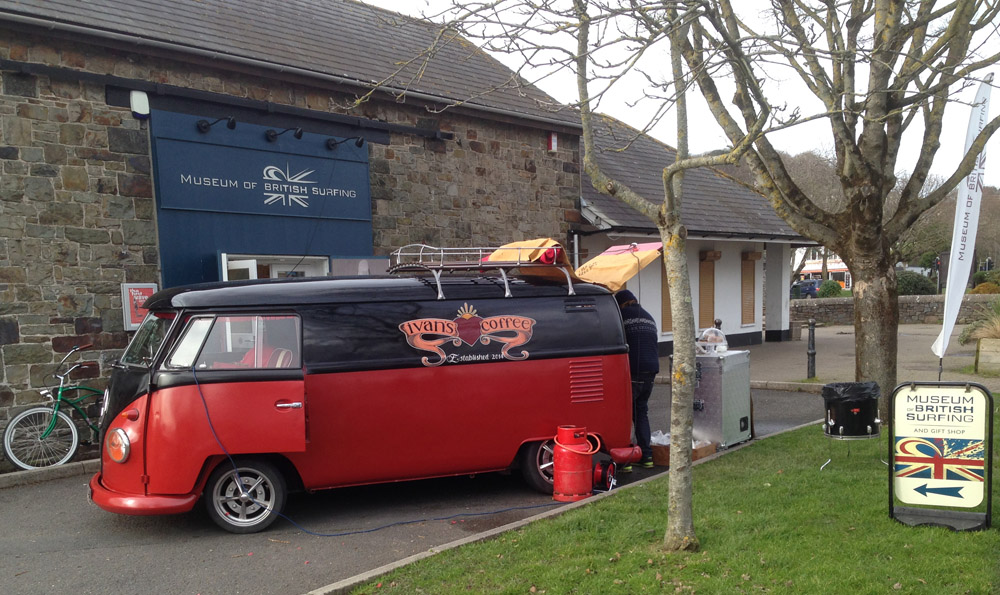 The Museum of British Surfing is celebrating opening for its third year in Braunton, North Devon, with a third new major surf history exhibition – and a revamped price structure for visitors giving even better value for money.

From April 2014 when you buy a full price adult or concession ticket you can get in free for the rest of the year! Plus children aged 16 and under now go free (when accompanied by an adult), which means it will be cheaper for families to come & enjoy our surf culture and heritage displays.

Our exciting new exhibition for 2014 is ‘The First Wave – surfers & their stories’ running from April 5th to December 31st. It tells a history of British surfing through the people who were there.

More than 100 surfers from all corners of the British Isles have been interviewed, plus we’re showing for the first time rare film clips from pre World War Two surfers like Pip Staffieri (1930s) and Harry Rochlin (1920s) who are sadly now no longer with us, and surfing innovators including the late Bill Bailey co-founder of Bilbo Surfboards & the European Surfing Company in the 1960s.

Also new for 2014 on selected days you will be able to buy coffee & cakes from ‘iVan’ the wonderful 1960s VW splitscreen camper (pictured), or ice creams from Mabel’s stunning vintage van. Both are local Devon businesses and proceeds support the work of the Museum of British Surfing (registered charity 1131433).