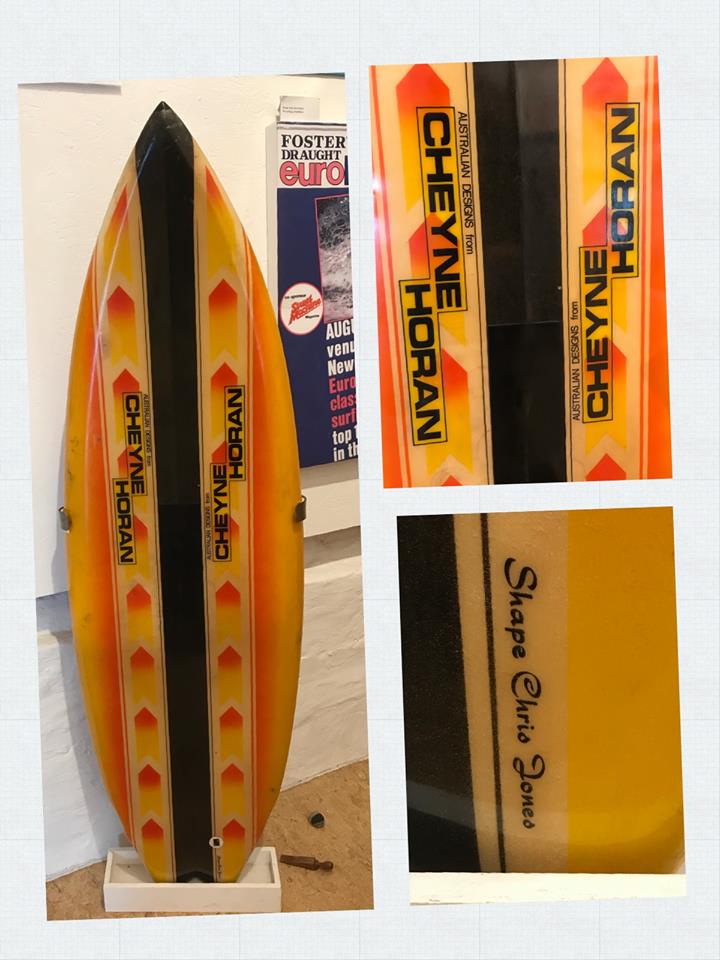 Tad Ciastula of Vitamin Sea was given the deal to produce these boards in the UK in 1981 by Cheyne Horan, when the top Australian surfer-shaper was visiting to compete on his trademark wide tail single fin boards.

This classic and rare twin fin from 1982 was shaped by Chris Jones in Newquay and features a double-wing swallow tail and 1980s airbrush design.

Come along to the Museum of British Surfing and take a closer look at this and many more iconic boards from the rich history of culture of British surfing.