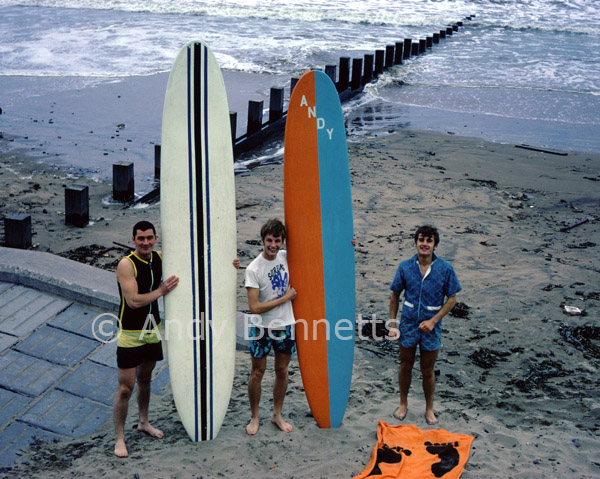 The man credited with having one of the first ‘Malibu’ surfboards in Scotland in the mid 1960s, George Law, has died.

His friend and fellow Scottish surfing legend Andy Bennetts said; “George died in Vancouver last Friday after a long battle with cancer. He had emigrated to Canada and continued surfing off Vancouver Island from time to time. He was a true Scottish surfing pioneer.”

A photo of George from Andy Bennetts’ collection appeared in last year’s exhibition at the Museum of British Surfing ‘Sixties SURFER!’ which looked at how modern surfing culture came to the UK in the 1960s and quickly spread around the whole coastline, including the chilly waters of Scotland.

George is on the left of this photo from 1968 at Aberdeen, courtesy Andy Bennetts.