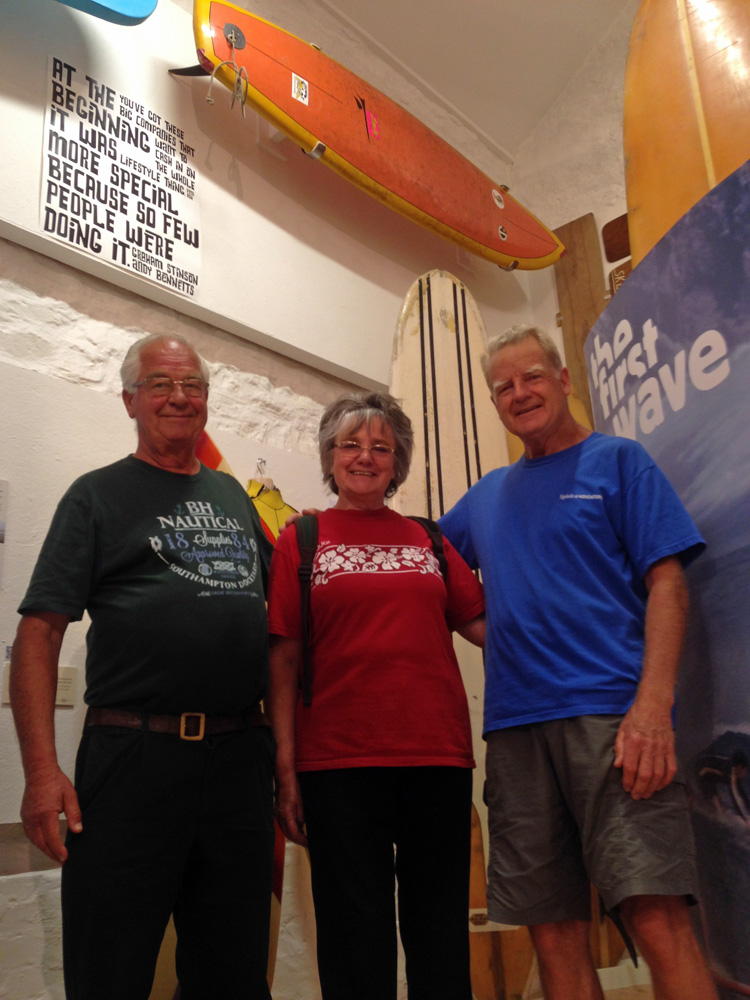 Two surfers were reunited with their first surfboard today, that they had donated to the Museum of British Surfing’s collection.

The rare board shaped by John Taylor in Bristol in the late 1960s is on display in the current exhibition about British surfing pioneers called ‘The First Wave’. It is one of only three currently known to have survived.

Braunton based surfer and photographer James Davis had the 7′ 8″ single-fin custom shaped at the start of the ‘shortboard revolution’. Not only is his board on display now, you can also see a short film of him titled ‘Surfing at Seventy’ made by filmmaker and surfing museum trustee Richard Gregory.

James used the board for a few years before passing it on to his best friend David Russell in the 1970s, who had kept the board tucked away until last year when they got together to donate it to the Museum of British Surfing.

The museum’s permanent collection is held in trust by our registered charity (1131433). We’re currently looking for vintage British surfboards and surfing or beach memorabilia right the way through from the late 1800s to the present day – if you have something you would like to donate to create a legacy of your own surfing history please get in touch.

The main photo shows David Russell (left), his wife Pat (centre) and James Davis (right) standing beneath their surfboard on display at the Museum of British Surfing today.