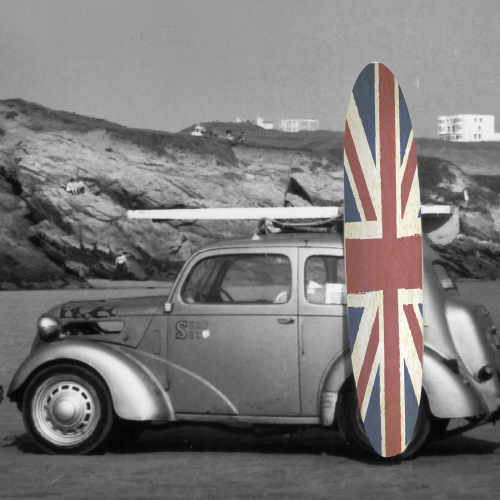 Surfer Andrew Cotton, who performed the official opening of the Museum of British Surfing, has created history riding possibly the world’s biggest ever wave at around 80 feet at Nazare in Portugal.

‘Cotty’ was out in Nazare riding waves generated by the infamous ‘St Jude’ storm. He was previously responsible for towing Hawaiian Garrett McNamara into the existing official world record of 78 feet at the same break in late 2011.

Shortly after Andrew Cotton rode his giant wave on Monday October 28th, Brazilian Carlos Burle caught a similar sized beast – it will now be down to the Billabong XXL judges and the Guinness World Records team to decide if a new world record has been ridden by either surfer.

Peter Robinson, founder of the Museum of British Surfing, said; “Whatever happens this is a tremendous accomplishment for Cotty. It is without a doubt the biggest wave ever ridden by a Briton, and potentially a world record.”

“Everyone is really proud of him, and it is particularly fitting that the man who opened our surfing museum has created his own piece of British surfing history.”

Andrew Cotton’s tow-in surfboard and wetsuit are on display at the Museum of British Surfing until the end of 2013.