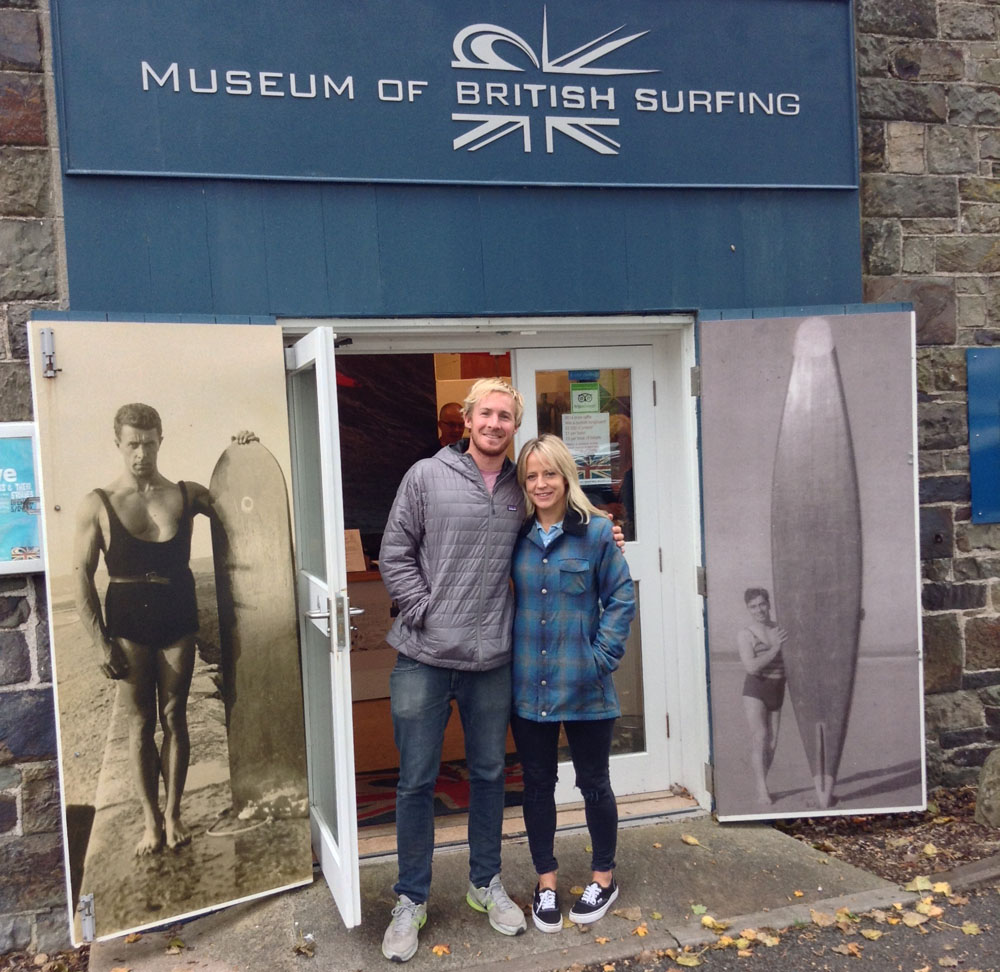 Jenny became the first Briton to win a medal in a snow event when she picked up bronze in the slopestyle at the 2014 Winter Olympics in Sochi. The Bristolian’s specialist programme Jenny Jones’ Extreme goes out every Thursday between 9pm & 10pm.

She chose Braunton resident Andrew Cotton for her first series for his achievements on a global stage in big wave surfing. Cotton is now in Portugal training for the winter ahead as he strives to clinch a world record for Britain for the biggest wave ever surfed.

The Museum of British Surfing has one of Cotty’s specialist tow-surfing boards that he used to ride some of the world’s biggest waves on display in the current exhibition The First Wave – which is all about Britain’s surfing pioneers.