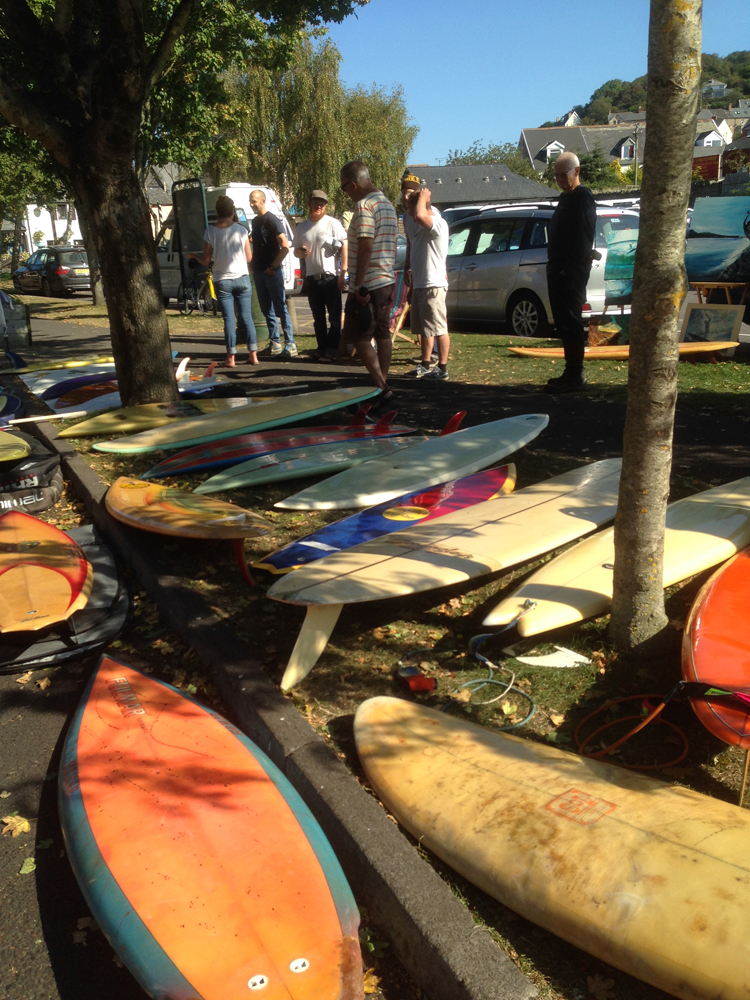 The third annual Surf Swap Meet at the Museum of British Surfing in Braunton was the most successful yet, as people travelled from as far away as Kent, West Cornwall, Plymouth and many points between to be there.

More than 100 vintage British surfboards were on display dating back as far as the 1930s, and at least 20 classic vehicles came along from rare campervans by Dodge and Commer, to 1960s & ’70s Volkswagens, Triumph Vitesse, Austin Healey Sprite and a rare Ford Falcon estate. The event also showcased the best of modern British surfboard shapers from Devon and Cornwall.

It’s estimated well in excess of 400 people came along to visit the event, that was organised by the registered charity established to preserve and celebrate the UK’s surfing heritage.

“We had a fantastic array of surfboards spanning almost 100 years on show, but more than that we had some amazing people present including many of the Devon’s first wave of surfers,” said museum founder Peter Robinson. “It was a glorious September day and it was wonderful to see Braunton buzzing with this unique cultural gathering – it is now a firm fixture in our calendar and we’re looking forward to it being bigger and better in 2015. It was pretty much our busiest day of 2014!”

Collectors came from far and wide to display their vintage surfboards, and bring some along to sell and swap – Henry Marfleet perhaps travelled the furthest coming all the way from Kent for the day to take part. The rarest board on display was a 12 foot hollow wooden that was brought to the UK sometime before World War 2 and is now owned by renowned British surfing photographer Alex Williams, who also has a large collection of surfboards and memorabilia.