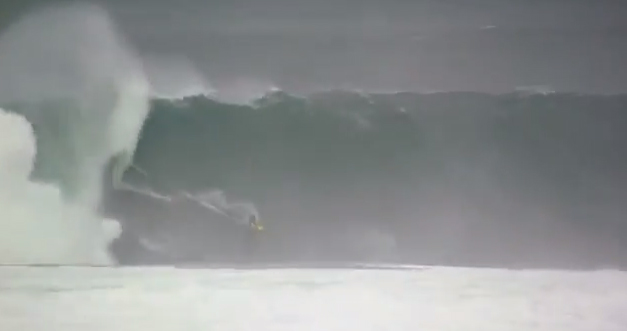 A group of expert big wave surfers from around the world met on the west coast of Ireland to take on giant waves generated by the infamous Hercules storm. Among their ranks was Devon’s Andrew Cotton who rode one of the world’s biggest ever waves in Portugal at the end of last year.

As the storm wreaked havoc across the UK, Ireland and Europe, the surfers’ exploits once again made the national Channel 4 TV news: