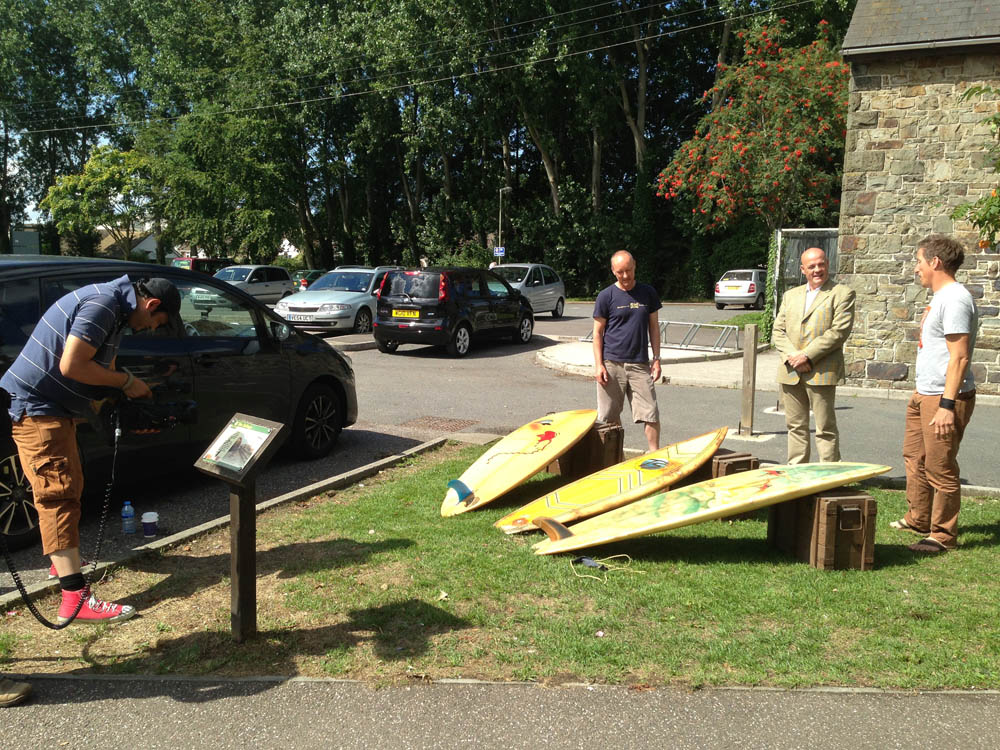 A crew from the ITV1 programme ‘Storage Hoarders’ (Twofour Productions) spent four hours filming at the Museum of British Surfing today for a new daytime series.

It is hosted by Aggie MacKenzie, famous for presenting ‘How Clean Is Your House’, and the six week run starts on Monday August 12th at 2pm.

The programmes looks at people who are clinging on to masses of belongings kept in self-storage units around the country that they might not have even seen for many years. They try to seek out hidden gems that could be sold, while helping people to let go of the past and de-clutter their lives.

Bryn Musselwhite was the subject of today’s filming, who had kept his first ever surfboard tucked away unused in a lock-up since the 1990s and brought it along to the Museum of British Surfing to have it evaluated by founder Peter Robinson. It is a mid 1980s Tris surfboard shaped by Mark Hills (‘Hillsy’) in Cornwall, and the surfing museum brought along two other Tris surfboards from the 1970s and ’80s from its collection to use as a comparison.

The segment, which is likely to be 3 to 5 minutes long, is presented by antiques expert Tom Keane and is scheduled to be transmitted on ITV1 on September 17th at 2pm.