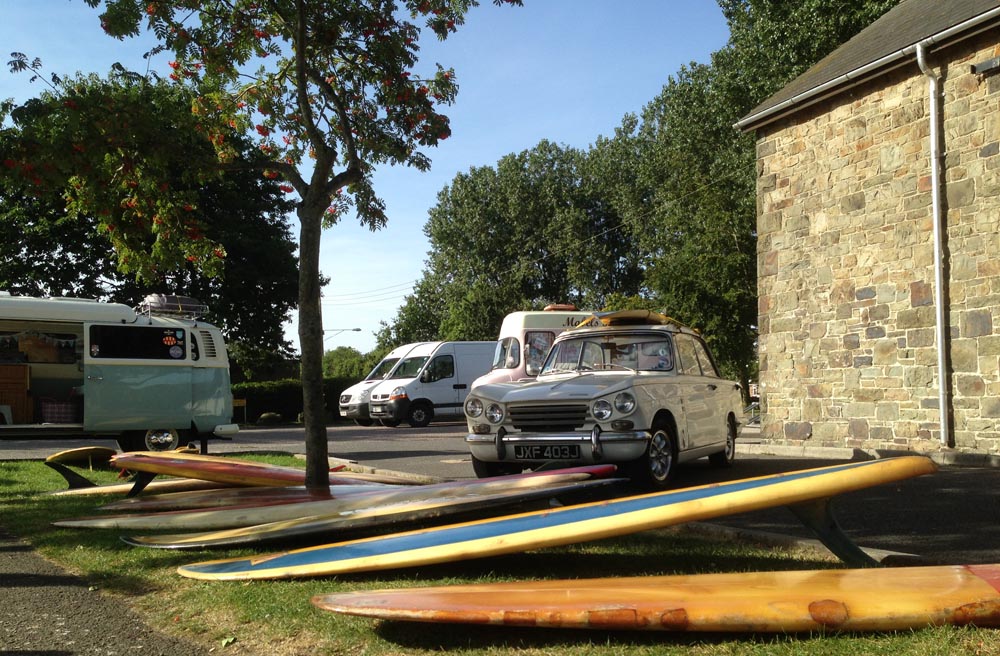 Hundreds of people descended on Braunton for the second annual Vintage Surf Meet on September 1st.

The charity event attracted surfers from across the country who came to display their old surfboards outside the Museum of British Surfing and enjoy the Sixties SURFER! exhibition that’s running through until the end of the year.

Most of the boards on show were from the 1960s & ’70s, with the oldest being the only known example of a ‘Bill Bailey Custom Malibu surf board’ from c1962.

The event was supported by Braunton-based Tiki, which is celebrating 50 years in the industry making it the longest running original British surfing company – still under the same family ownership.

Dave Aldrich-Smith, one of the founders was there to tell people the story behind their old Tiki surfboards that dated back to 1968. He was joined by Martin Ward and Alan Brooks, who both worked for the firm in the Sixties & Seventies.

Bob Powers, now 83, also attended the event and was delighted to see two boards he had shaped in Mortehoe in the early 1960s on display. Bob is believed to be the first person to make fibreglass boards in North Devon, and gave many surfers their first start in the pastime back in the Sixties.

Peter Robinson, founder of the Museum of British Surfing, said: “It was a wonderful day with a lovely atmosphere – everyone remarked on how friendly & fun it was! It was great to see people of all ages stopping by and appreciating the craftsmanship and design that went into surfboards 50 years ago.”

“Many people were able to find out the stories behind their old boards and there were some great reunions.”

With thanks to Tiki for supporting the event, and the North Devon Journal for the media coverage.